The world economy is set to shift as Asia becomes the largest trading region, fueling the rise of a mass affluent community and a new breed of corporations.

Just two countries, China and India, will account for 35% of the world’s population and 25% of global GDP. This megatrend looks at the global economic power shift.

We will see a restructuring of the global economy with non-OECD economies expected to account for 57% of GDP by 2030. The economic influence of the G7 countries will shift to the Emerging 7 countries. By 2040 the E7 economies will be double that of the G7.

India and China will take up a rising share of world output as the world’s economic centre of gravity shifts toward Asia. However, the individual purchasing power of citizens in the West will remain higher than consumers in both China and India.

China will need to secure even more of the world’s natural resources and grow markets for its expanding economy. Under its Belt and Road Initiative, China will invest in economic development and transportation in more than 130 countries.

By 2030, 5 billion people will be middle class. This global mass affluent community will possess significant purchasing power. Two-thirds of them will reside in Asia Pacific. The shift in wealth to the rich will accelerate. Currently, about half of the world’s wealth is held by 1% of the population. By 2030 the richest 1% will own two thirds.

Globalisation itself has produced unequal returns. Rising inequality is challenging trust in traditional global economic institutions and agreements. More frequent trade wars and rising protectionism will drive uncertainty and instability. How will individuals, corporations and governments renegotiate their expectations of one another in an era of amplified individuals and rapidly changing economies?

The rise of the powerful technology companies – big tech – has come with access to vast troves of data and a global reach. Various digital platforms are now akin to other infrastructures essential for our society, giving them power over our economy and our society. The degree to which lawmakers will make fundamental changes to the way these companies are taxed and regulated will determine the future balance of power.

Economic power shifts of this magnitude will fundamentally change individual and nations’ prosperity – these opportunities, along with significant risks, will play out on the world stage.

Global economy and the rise of Asia

OECD (2018). The Belt and Road Initiative in the global trade, investment and finance landscape. In OECD Business and Finance Outlook 2018, OECD Publishing, Paris. Available at: https://www.oecd.org/finance/Chinas-Belt-and-Road-Initiative-in-the-global-trade-investment-and-finance-landscape.pdf

Oxford Martin School. (2014). Now for the Long Term. (online) The Report of the Oxford Martin Commission for Future Generations. University of Oxford. Available at: https://www.oxfordmartin.ox.ac.uk/downloads/commission/Oxford_Martin_Now_for_the_Long_Term.pdf

United Nations, (2018). 2018 Revision of World Urbanization Prospects. (online) The Population Division of the Department of Economic and Social Affairs of the United Nations. Available at: https://population.un.org/wup/

The latest on economic powershift 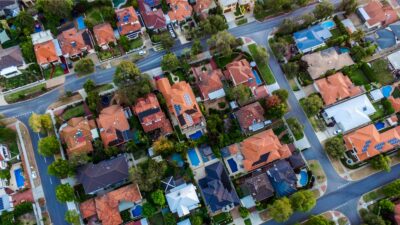 When houses earn more than jobs: how we lost control of Australian house prices and how to get it back

The pandemic, poverty and business

As we enter the new Asian century, what will the choppy waters of globalisation hold?

Even before the outbreak of COVID-19, neoliberal globalisation was exhibiting signs of ill health, has the pandemic accelerated these trends?

This week: in a special on social commerce in China, we talk to our guest Kishi Pan about the unique experience of Xiaohongshu, or Little Red Book.