The acceleration, distribution and application of computing power, coupled with the exponential growth of data, are enabling extraordinary technological advances.

We have entered the fourth industrial revolution. The pace of change is astonishing: impactful technologies can range from artificial intelligence to quantum computing, from drones and autonomous vehicles to virtual and augmented reality, 3D printing, robotics and connected devices.

Ninety percent of the world’s data has been created in the past 2 years. In the last 5 years the number of people using the internet grew by 83%. Almost 60% of the world’s population is now connected and almost half of us use social media.

Right now there are over 22 billion connected devices around the world. In 2030 there will be 50 billion. We are starting to see a massive web of interconnected devices from consumer products to infrastructure such as street lights and garbage bins. Our adoption of these connected devices has only just begun.

Machines are getting faster and better. AlphaGo Zero, an AI program, has mastered the game by playing against itself. The use of algorithms is accelerating at an exponential rate with 90 percent of stock trades now created by algorithms, up from 75% since 2017. Robots are getting better at building ‘things’, algorithms can diagnose disease, write articles, manage funds, and deliver individually tailored learning. Exponentially more data is being produced, through billions of phones, digital platforms and countless sensors

However, there is a deepening inequality with the spread of technology across the world and also between citizens and corporations. Impactful technology also poses significant challenges: from cybersecurity and privacy, to rising inequality and job automation. Questions about bias in technologies driven by algorithms and artificial intelligence and how to make them accountable will only increase in urgency and importance.

The pace of change is an invitation to understand the profound shifts that are underway, and to ensure that this technology empowers individuals, businesses and communities.The necessary response to impactful tech, is to refine our understanding of what it means to be human.

Desjardins, J. (2019). How much data is generated each day? (online) Visual Capitalist. Available at: https://www.visualcapitalist.com/how-much-data-is-generated-each-day/

Schultz, J. (2019). How Much Data is Created on the Internet Each Day? [Blog] Micro Focus Blog. Available at: https://blog.microfocus.com/how-much-data-is-created-on-the-internet-each-day/

Briefing, (2019). The stockmarket is now run by computers, algorithms and passive managers. The Economist.  Available at: https://www.economist.com/briefing/2019/10/05/the-stockmarket-is-now-run-by-computers-algorithms-and-passive-managers

Schwab, K. (2015) The Fourth Industrial Revolution: what it means, how to respond. Foreign Affairs. Council on Foreign Relations. Available at: https://www.foreignaffairs.com/articles/2015-12-12/fourth-industrial-revolution

What does it mean when a social network’s algorithms favour anonymous groups bearing propaganda and misinformation? 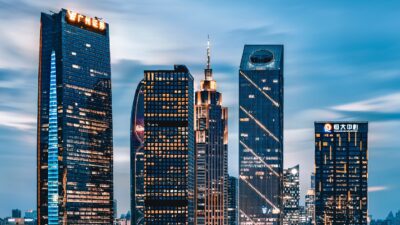 The Chinese Government declared it wants to be the world leader in AI, how has that impacted the AI City Challenge?