The pitfalls of science reporting during COVID-19, and the need to balance reporting speed and scientific accuracy.

ABC on the mutation into a second strain of the coronavirus

You can subscribe to our podcasts on Apple Podcasts, Spotify, Overcast, Google Podcasts, Pocket Casts or wherever you get your podcasts. You can follow us on Flipboard, LinkedIn and Twitter to keep updated with our latest insights.

Sandra And with everything that's going on with COVID-19, it's quite difficult to understand the impacts it will have on business, on society, on work, on the economy. And in this series we try to unpack some of these effects.

Kai And today we talk about science reporting during COVID-19, and how the speed of reporting often conflicts with scientific accuracy, and the problems that stem from this.

Sandra We find ourselves in the midst of a pandemic where research has been accelerated like never before and is progressing much faster than science typically would. And there has been a constant need, both on the side of researchers, but also of journalists and the general public, to weigh the access to information and the need to better understand what's happening, with the actual speed at which these things can be done in practise.

Kai So in recent times, we've seen a number of quite sensationalist stories reported in the media that are seemingly grounded in scientific research, such as that the new coronavirus was man-made, human-engineered.

Sandra Just yesterday on the ABC that a group of international researchers has concluded that the coronavirus has already mutated into a second strain, which appears to spread faster and wider than the original one.

Kai Which of course, creates fear. There's also the opposite, a group of French researchers seemingly found that smoking is actually good for us, because apparently it prevents you from ending up in hospital with COVID-19 or so, the researchers concluded. And I promised to pronounce this one, hydroxychloroquine it's called, and it made its way to fame because it was US President Donald Trump who got obsessed with this supposed 'miracle drug', which further research has since shown is actually hindering, not helping the recovery from COVID-19.

Sandra So we thought, let's unpack this a bit and understand what's going on here, because both peer reviewed medical journals as well as preprint servers have seen this huge interest, not only from journalists, but also from the general public. And many of the people who are accessing them are not fully understanding the process of scientific research and the way in which findings get disseminated when that process is accelerated.

Kai So at the heart of this are so-called preprint publications online that are distributed via scientific repositories, servers basically, where scientists can upload their research before it has been peer reviewed by colleagues as part of a proper vetting process that you normally have for publication. So these servers, and they have existed in the physical sciences for a long time. ArXiv is the one we're talking about, has now seen sister services in the medical and biological sciences, bioRxiv and medRxiv. Those servers are used by scientists to communicate to their peers, to the scientific communities, early findings, often tentative findings, preliminary findings from research, that feed into the scientific process for other scientists to either test, build, refute, or otherwise be inspired by those early findings.

Sandra But we must make it quite clear that these are temporary places to disseminate some of these findings. For these findings to become part of the established medical conversation, they do need to make their way into peer reviewed journals, which many of these findings do. So for bioRxiv, it's about 70 percent of the papers do make it into journals in about two years. MedRxiv is slightly newer, so there isn't yet good data on how many of those papers do make it. But these papers are neither peer reviewed, nor have gone through any rigorous scrutiny from a scientific community. So the way a paper makes it onto one of these servers is simply a conversation between the authors on that paper who all agree that they will make the research available. They need to declare that they had ethical approval or participant consent, state any conflict of interests, and state if this was or wasn't the clinical trial, and the paper gets uploaded. It only gets checked for things like whether it was plagiarised or not, or whether it's actual science. And the ones that make very clear outright health claims get rejected. But other than that, individual manuscripts, unless there is a very clear indication of plagiarism or an extremely small sample size, they just get posted within 48 hours.

Kai And so to be clear, a large number of papers, 30 per cent are not of the quality that would make it into a peer reviewed journal. And even the 70 percent that make it through are often revised, certain conclusions might be toned down, they might be much less far-reaching or general when they finally appear in print after a review process. And so the point here is that journalists oftentimes take, because the archives are open and publicly accessible, take results from these preprint service at face value, and then report them as scientific fact.

Sandra The goal of these websites is in no way to communicate with a general audience or to disseminate broadly their findings. Their goal is simply to improve or to fast track the communication that goes on between people working on a problem like COVID-19, by giving the research community an early look into some of the findings that potentially could help other people think through the problem.

Kai So the idea is to speed up the scientific process itself so that scientists don't have to wait for findings to come out after what is often a months or a year long review process, but rather gain access fast to preliminary results that might help them in their research, thereby speeding up, especially in the time of COVID-19, the search for a vaccine, or for treatments, for solutions that will help with the response.

Sandra On top of this comes the news media that wants to keep readers or viewers up to date with the latest developments in the fight against COVID-19 and hence takes the findings in this study at face value.

Kai So if we look at the study that claims that the virus mutated and is now spreading faster, we can see that the authors actually make no claims about the virus itself or the causal mechanism by which this mutation, which certainly exists, might actually make it more contagious. All they have done is compare the spread of the original virus in China and the spread in other regions later of the mutation. And an article in Gizmodo which were putting in the shownotes, points out quite rightly that this might largely be an artefact of the reactions of the various countries in which the virus was spreading. So while it is true that this mutation spreads faster, we do not know whether this is actually due to the mutation as such.

Sandra And of course, this is not the only problem you can find in such studies. There were different things wrong with the French nicotine study.

Kai In that study, it was certainly true that among those ending up in hospital with COVID-19, there were fewer smokers than in the general public. But it has been pointed out that this might not be due to the fact that smoking actually protects you from COVID-19, as was widely claimed in the media, it might simply be due to certain biases that have entered the study, such as false reporting. People who end up in hospital might not disclose that they're smokers. They are older people, many of which have smoked all their life, they might have quit since. And among them are many health workers who got infected during the pandemic, many of which are non-smokers. So without actually better scientific studies, we can by no means make quite dangerous claims, such as that smoking protects you from COVID-19.

Kai It's by no means a one study finds out all process. It is cumulative. Things build on each other. It is very seldom the case that one paper will give you an answer to a problem.

Sandra So going forward, what we need in this pandemic, and beyond it, is better scientific literacy. Not only on the part of journalists, but also for the general public.

Kai And of course, we need universities to do more to communicate in a timely manner research results, beyond overly-hyped outputs from some media departments in some universities. And we're talking here about contributing to outlets such as The Conversation. Some universities like MIT have their own outlets, such as the MIT Tech Review and of course The University of Sydney Business School has its own outlet, which is what we're recording this podcast for, Sydney Business Insights, which to me is a good example of an academically curated initiative that presents academic insights in an accessible way.

Sandra And this is where we want to leave you today. And we'll make sure to include all the links, as always, in the shownotes.

Kai Until next time. This was Corona Business Insights.

Public health versus economic risk – how as a society do we come to agree what we’re collectively working towards?

Why is Gen Z struggling: from the financial uncertainty, careers and fragility, to counterintuitive effects of the COVID-19 pandemic on the ‘digital native’ generation. 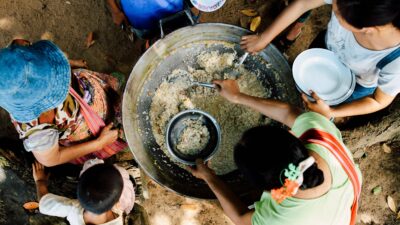 Prior to COVID-19, there were concerns about achieving the UN Sustainable Development Goals by 2030, a worry that has been clearly exacerbated by the pandemic. 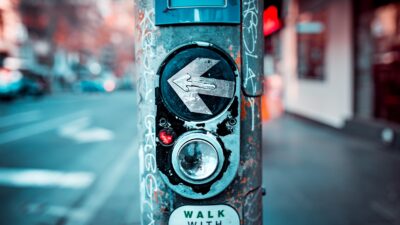 Living through touch in the age of Corona

It will be a long time before I, and many other disabled people, feel that we can live our lives as we did before COVID.

Labour migration: how COVID-19 has increased vulnerably, changed patterns of migration and the road to economic recovery.