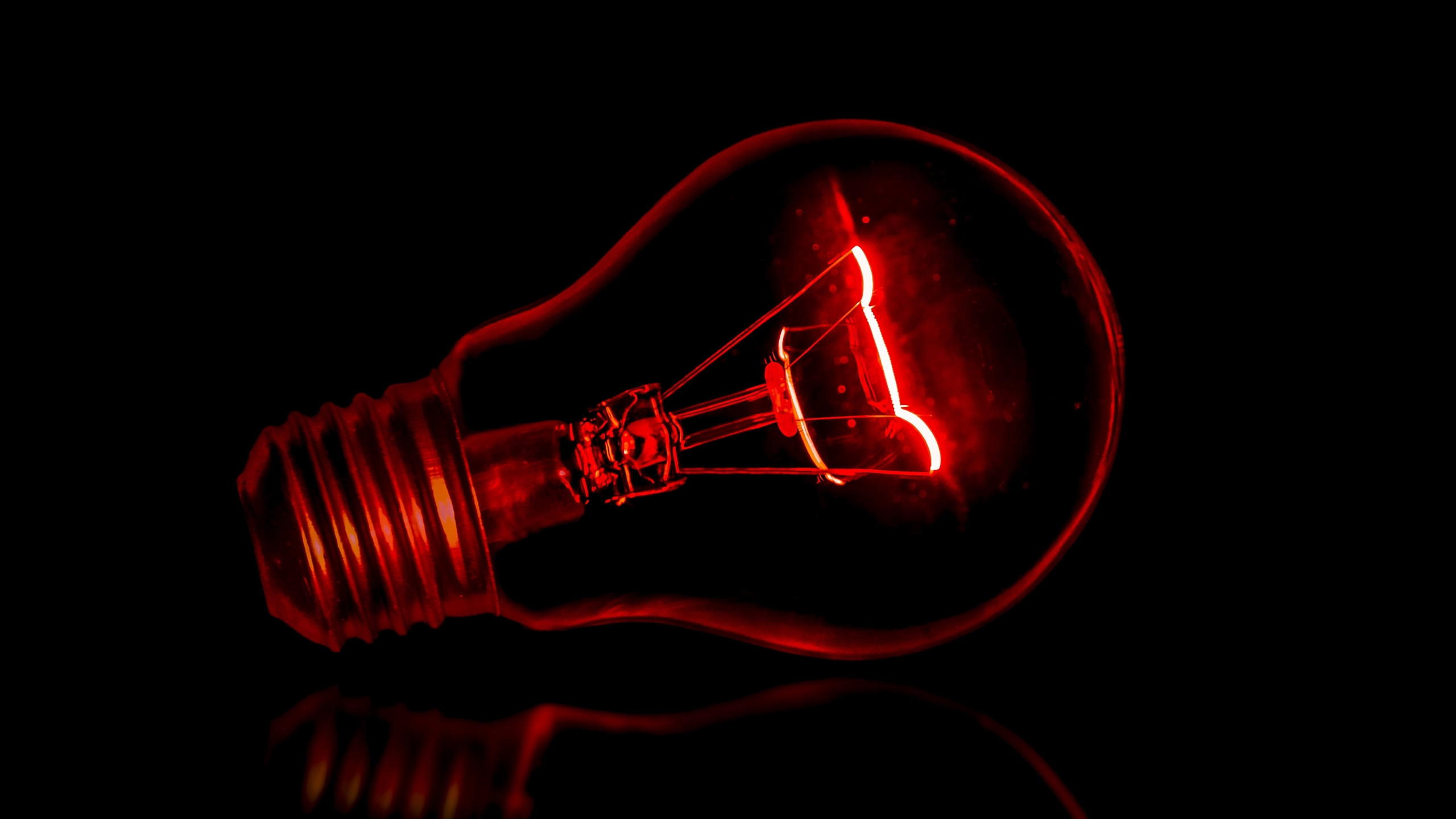 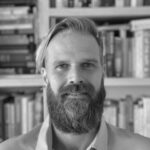 Tom Arup is the Climate Lead with the Centre for Policy Development. He is interested in the intersection of climate change with our economic, financial and international legal systems, and changing these systems for the better.

I’ve been contemplating whether I can get away with saying something as outlandish as the world’s reliance on coal, oil and gas will cause me to pay $1,000 more on my mortgage rates than I was six months ago.

Look, I’ll admit it’s far too simplistic to really let fly on that statement. And doing so would probably expose fair gaps in my understanding of the dismal science, let alone my waving away of a range of pandemic-related factors.

But what has been interesting to observe during the recent energy price shocks is how it’s forcing deeper thought about fossil fuel markets and the inflationary pressures they create.

It’s well now documented that the immediate energy price crunch is mostly driven by the war in Ukraine and the associated sanctions on Russia, which is reshaping who is buying what from who and leading to spikes in the price of oil, gas and coal that flow into Australian markets.

This is the cost of our reliance on fossil fuels. And in so far as the inflationary impact of this supply crunch is underpinning the headline conditions driving the Reserve Bank of Australia (RBA) to lift interest rates you can see how I am stretching to reach for my opening gambit.

Energy-related inflation measures (petrol, gas and other household fuels) were running ahead of headline Australian CPI for the March quarter (and up again in June) and most importantly are a core input cost in the production and transport of other consumables also on the rise. Energy was also a significant component, often up to half, of the already rising inflation rates across much of the world in the second-half of 2021.

Fossilflation – a new word for an ageing problem

These immediate shocks in fossil fuel markets are coupled with more persistent inflationary pressures that make fossil fuel prices volatile. These include: growing geopolitical tensions; a greater reliance on harder-to-extract reserves and the higher R&D spend and capital required to access them; cartel like behaviour among suppliers; and rising capital costs for fossil fuel producers as financiers and investors increasingly price climate risk.

The European Central Bank (ECB) has described these dynamics as “fossilflation”. You can expect to hear that term more.

In a March speech, ECB Executive Board Member, Isabel Schnabel, said fossilflation “is to blame for much of the recent strong increase in euro area inflation” and was “the legacy cost of the dependency on fossil energy sources, which has not been reduced forcefully enough over the past decades.”

Of course we could say fossilflation is being felt more intensely by the Europeans given their historical over-reliance on Russian gas and other imported energy. But researchers in other markets are now starting to describe a broader phenomenon linking fossil fuels to persistent price volatility.

One of the more interesting papers I’ve read recently was on this subject by The Roosevelt Institute in the United States. Their researchers traced the dynamics of fossil fuel commodity markets, finding that their inherently volatile prices are a key driver of overall inflation and that oil price shocks have historically triggered recessions in the US.

The Roosevelt Institute’s conclusion? The response to these inflationary pressures from fossil fuel fundamentals is largely beyond the control of typical monetary policy responses of central banks like the US Federal Reserve. Instead, it is energy and industrial policy that will have a bigger impact on stabilising costs - in short, transitioning away from fossil fuels.

Sounds like a good idea to me. But I would say that because I really don’t want to live on a totally cooked planet.

There is another good reason if you are inflation focused. Climate change itself will have an impact on price stability. This connection has been canvassed by many, including former RBA Deputy Governor Guy Debelle.

But at the same time the overall frequency, intensity and other pattern changes from a warming planet are forecast be a “dampening force” on the natural rate of interest (know by the wonks as r*). This is because as worsening extreme events increasingly wreck capital stock, revenues will be diverted from innovation to reconstruction and adaptation in order to maintain existing output. Likewise, households and firms facing an uncertain climate will increasingly engage in precautionary saving.

These factors will pull funds away from investment, contributing to the already-low growth rates observed in developed economies. At the same time the short-term shocks will crash into the low r* rate, weakening the impact of traditional monetary policy responses (i.e. changing cash rates to affect demand).

Therefore, it is perhaps better to consider the long-term impact of climate change on inflation as a highly volatile and variable set of pressures that increase the likelihood of short-term shocks, destroy long-term value, and divert otherwise productive capital.

So if we make climate change worse in trying to beat fossiliflation, for example by opening a heap more gas fields or subsidising more petrol use, then we will just end up making inflation volatility worse via “climatflation”.

So again all signs point to accelerating the green energy transition. Get more renewables into the system, electrify homes, industry and transport, boost energy efficiency and the like.

But of course, that will have its own economic impact that some are now contemplating may cause, yep you guessed it, other inflationary pressures! This one has a name too, “greenflation”.

The ECB says greenflation associated with reaching net zero emissions would be a short-term phenomenon and transitory. In theory it will be caused by the world rushing at once for a set of minerals and other inputs to green technology and then building it rapidly. But once we hit a more clean energy-fuelled economy then actually the impact will be much more deflationary because renewables have low-to-zero marginal costs to run.

Other smart people, like Bloomberg columnist Kate Mackenzie and the Rocky Mountain Institute, dispute greenflation is going to be much of a thing at all. Their arguments go that renewables are cheap and getting cheaper and instead will force costs down as they come in. Or actually there are ample supplies of the minerals needed to make all this necessary green stuff despite claims to the contrary.

My modest view is that greenflation is likely, but its pathway is not set, we just aren’t transitioning fast enough yet to properly understand the dynamics. But it will exist if we replicate fossil fuel market dynamics in the new clean energy economy: limited suppliers of green goods, cartel behaviour; an overly reliance on unstable supply routes and so on.

And anybody who looks closely at greenflation finds that it will be nowhere near as bad or as unmanageable as what will be unleashed on the global economy by accelerating climatflation.

And here’s where we can’t let economic policy off the hook. The clean energy transition is inevitable one way or another, the cost dynamics are too much in its favour and the climate imperative is too demanding.

So we need to make sure our trade policy, our economic policy, our tax policy and our monetary policy help propel an acceleration of this transition while trying our best not to replicate the mistakes of the past and establishing new persistent inflation pressures as well.

In short, the more we can make the inevitable transition orderly, and the quicker we get going, the better placed we will be to beat all forms of climate-related inflationary pressures.

And all that is worth at least another conversation or two.

Tom takes a deeper dive into these issues in his paper, Interactions Between Inflation, Energy, Economic Policy and Climate Change, co-authored with Fraser Simpson, published by The Centre for Policy Development. 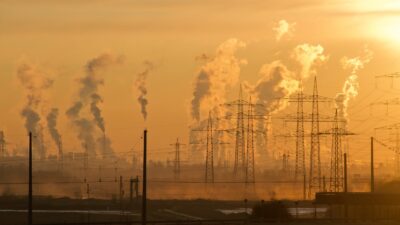 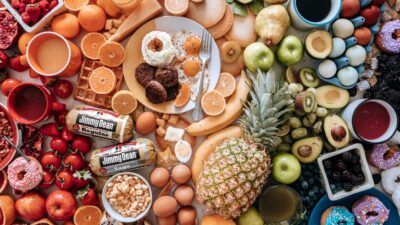 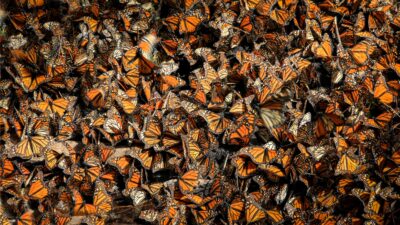