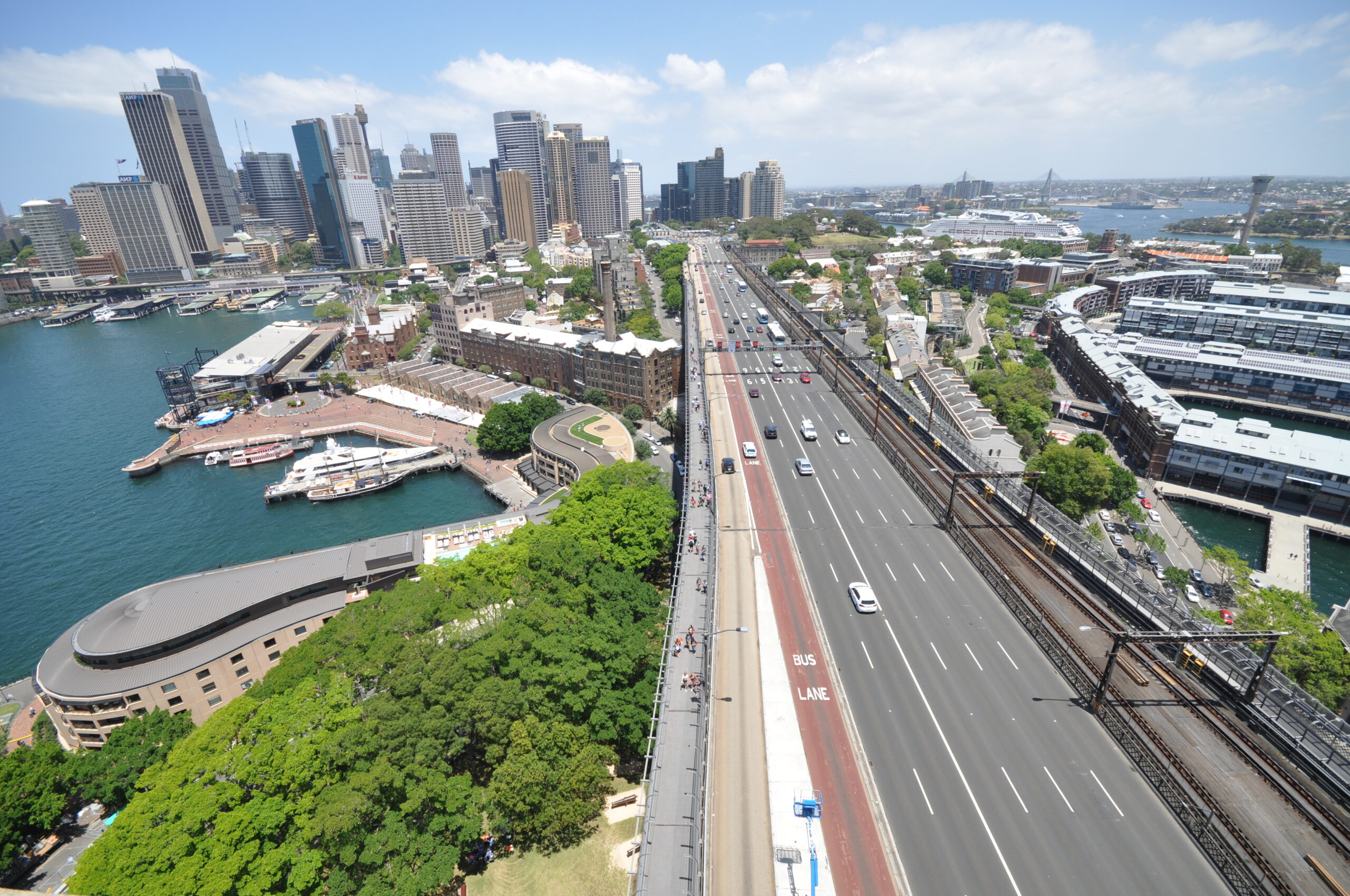 Professor Corinne Mulley is the founding Chair in Public Transport at the Institute of Transport and Logistics Studies at the University of Sydney. Corinne is a transport economist and has been active in transport research at the interface of transport policy and economics. More recently Corinne has concentrated on specific issues relating to public transport.

With the population of Australia’s capital cities growing rapidly, we ask how public transport will keep pace and whether we can maintain our prized ‘liveability’.

Australian cities are set to grow. The Australian Bureau of Statistics (ABS) tells us that Australia’s population of 22.7 million (at 30 June 2012) is projected to increase to between 36.8 million and 48.3 million in 2061, and reach 42.4 million to 70.1 million in 2101. This will have profound implications for our cities.

Looking ahead, the challenge is to invest in the transport system on a sufficient scale to accommodate both economic and population growth on this scale.

As detailed by the ABS, the growth of cities relative to states as a whole is replicated in all other states in Australia. In all cases, the capital cities are driving the growth.

Australian cities are unique by comparison to other cities around the world. They are relatively small, like European cities, but the latter tend to be far more compact, with less urban sprawl and built-up city centres allowing vital mixes of employment and residential use. In these cities, it is much easier to make public transport viable.

The higher density of these cities and the relatively shorter distances travelled by their inhabitants to reach their destinations make public transport a prime choice. Car ownership levels and use are lower on average because congestion tends to bite at lower traffic flows in many of the more historic and older city centres.

In contrast, cities in the United States tend to be of lower density, like many Australian capital cities, but are substantially different in other ways. Their built-up areas are much smaller, and while we see a sprawl in Australian cities, it is not on the same scale as American cities.

Nevertheless, worldwide surveys in recent years have identified Australian cities as being very ‘liveable’. The Economist Intelligence Unit lists Melbourne as the world’s most liveable city in 2014; Adelaide at number 5; Sydney at 7; and Perth at 9.

It is an accolade for Australia that so many of our capital cities feature in the global top 10. However, as the survey acknowledges, global cities can slide down the list by becoming victims of their own success, with the “big-city buzz” overstretching the city’s infrastructure and decreasing liveability.

With Australia’s predicted population growth, how will we maintain our reputation of liveability?

The urban form underpinning liveability is based – from a transport perspective – on maintaining or developing a sustainable pattern of travel behaviour. If private car use grows in parallel with population growth, it will bring our cities to a standstill.

Fortunately, there are several factors working in favour of sustainability.

The concept of ‘peak car’ is gaining in importance. This is a phenomenon observed in many countries where the average private car vehicle kilometres per capita appears to be declining.

The jury is still out in Australia as to whether this decline will persist or whether the reduction in vehicle km per capita has been spurred by external economic factors, such as increasing house prices, and/or increases in car ownership costs, such as petrol. But if the peak car phenomenon turns out to be genuine, it will help us win the battle of promoting and attaining sustainability.

A second factor is that young people in developed countries around the world are maturing at an older age, delaying the start of families and committing to careers later. This is associated with a displayed preference for city centre living in higher density environments where, as in our European city counterparts, it is easier to live without a car and public transport is the mode of choice.

Many cities, including Australian cities, see the opportunity of densification. This is particularly of relevance to the urban core, to create public transport corridors and walkable neighbourhoods that promote liveability and reverse the urban sprawl which has characterised the low density growth until now.

Capitalising on the links between urban form and public transport planning will reinforce the connections between employment and residential location, and allow public transport to become a viable alternative to the private car.

Changing demographics will help this happen, but we also need to adjust the public mindset – to recognise that denser living will bring sustainability to our cities.