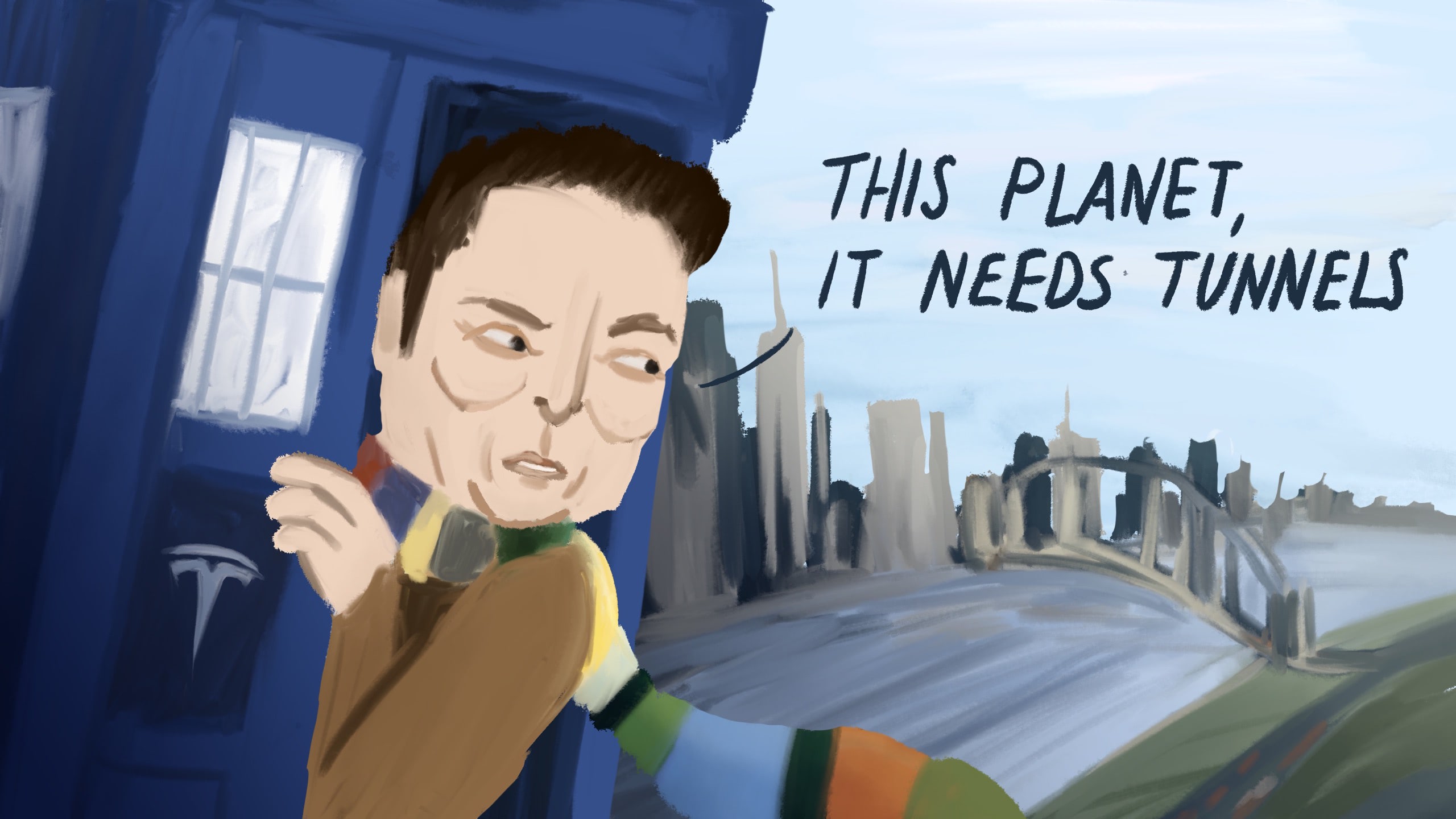 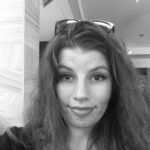 Nicolette is a graphic designer at Sydney Business Insights. She is an illustrator and animated filmmaker; creating stories which explore human emotion and interactions.

Entrepreneur, billionaire and now SNL host Elon Musk is the first to entertain the popular theory that he’s not from this planet. In 2018, when podcaster Joe Rogan asked the source of all his time, energy and ideas, Musk playfully responded “I’m an alien.” More recently on Twitter he answered the question, “Are u an alien,” with a succinct, “Obv.”

How can one entrepreneur be universally attributed as the guy who made electric vehicles cool, the engineer we’re most likely to trust in constructing an efficient network of tunnels beneath our cities and the founder of the private space exploration company whose ambition may project the first humans to Mars? Musk might just be the hero we need to solve all the world’s problems, one silent leaf blower at a time.

It’s almost unfathomable for one man to possess the capacity to pioneer and apply as many ground-breaking initiatives as he does. A recurring popular explanation is that Musk’s outfield thinking comes from… well… ‘the outfield.’ Speculation abounds. A designated time traveller from the year 2050 on a mission to gift humanity with intelligent technology in a way that redirects its trajectory from certain peril? Or simply a stranded Martian, homeward bound (which might explain his zealous pursuit of building big rocket ships)? These outlandish theories are seldom presented seriously but when this fantastical façade, is stripped back, what remains is a Quixote with money who likes to make stuff, so he does.

Musk’s charisma and transparency regarding the perceived dangers of technology may in fact be the reason his Neuralink initiative has been met with minimal resistance. This suggests that unlike most tech giants, the public share a general trust that Musk’s intentions are for good. Is this founded on his continual warning that AI technology, including his own needs regulation or have his philanthropic successes rendered him an unchallengeable force? In an age where technological advances are too rapid for a transparent ethical scaffold to be legislated, Musk’s status, lack of established political affiliation or agenda and accessible demeanour renders his voice a lighthouse through uncharted territory.

To romanticise Musk’s genius as ‘extra-terrestrial’ impetuously trivialises his many successes (and failures). Put simply, the more plausible explanation may be that the South African is just excellent at being human.

But seriously, if you do want to know more about this billionaire innovator, listen to our podcasts on why he wants to save us from the AI apocalypse, his reasons for wanting to take Tesla private and how Tesla is the canary in the coal mine for the EV industry.