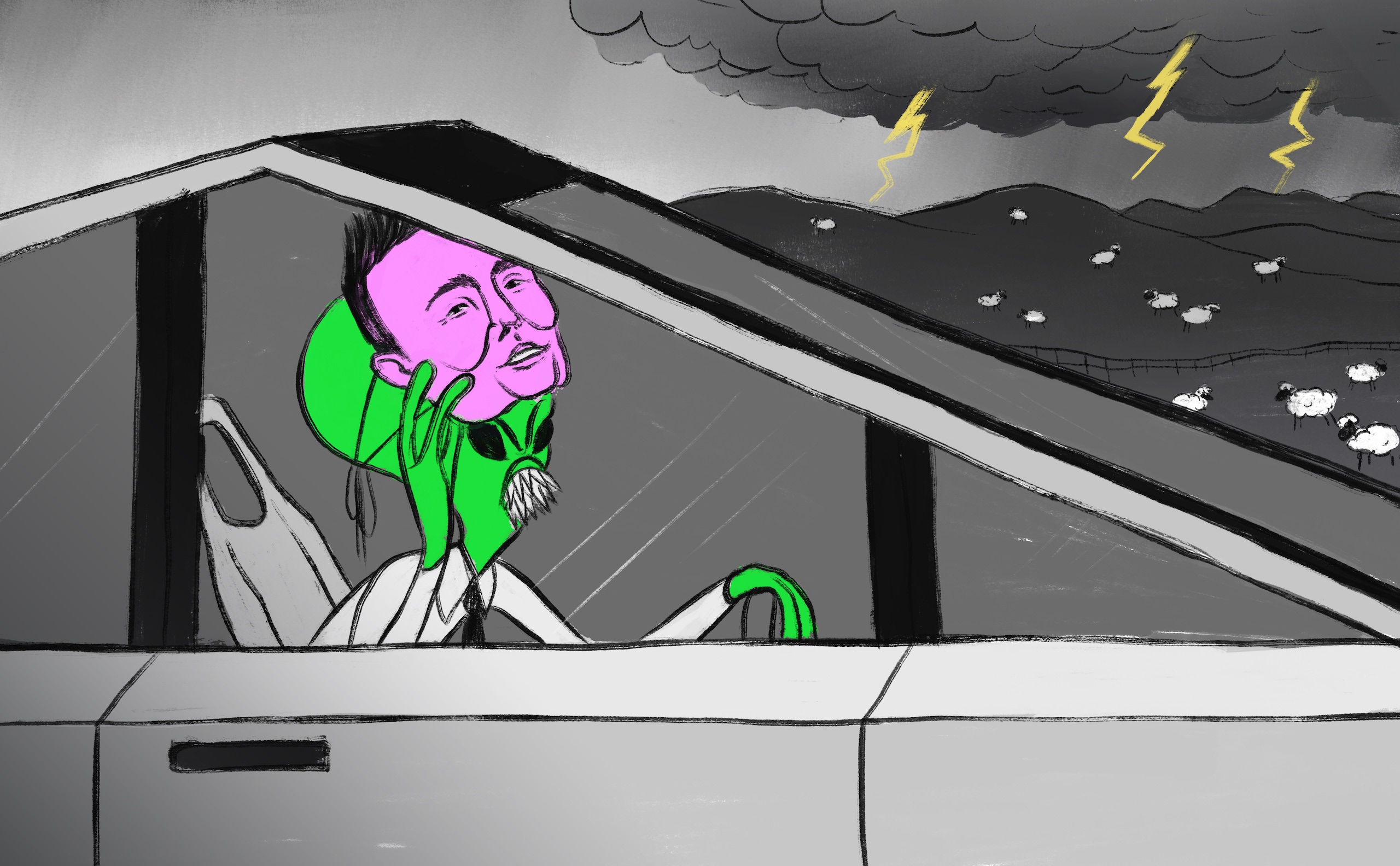 Elon Musk is messing with our heads again: this time he’s saying it’s more than likely that life on earth is just the creative imagining of a super advanced civilisation that is playing us for their (super advanced) entertainment pleasure.

His argument – which was covered in lots of places – runs so:

Step 1: look at the rate in which humans have made progress in computers simulating technology.

Step 2: If we extrapolate and keep inventing and improving at that rate, it is entirely likely that at some point we are going to be able to simulate something that is indistinguishable from reality.

Step 3: If humans are going to get there then it’s more than likely that someone has already done it.

Step 4: Therefore we mere mortals are probably part of someone else’s simulation as we live our lives right now.

A time traveller, a stranded alien from Mars, or a Quixote with money who likes to make stuff?
Just who is Elon Musk?

Musk is actually riffing on the 2003 paper by Oxford Professor of Philosophy, Nick Bostrom, “Are we living in a computer simulation?” Known as the simulation argument, Bostrom theorised that one of three propositions is true:

His argument is that the best we can hope for is that option three is true.

But is it really likely that we are in simulation? What assumptions go into making such an argument? And can we tear apart those assumptions? – Yes, we can.

Listen to our podcast for our deconstruction of this argument (it includes some Rene Descartes).

We also think the argument is pointless because even if the above were true – what could we do about it? And would it matter if what looks like reality, isn’t reality, but we have no access to what might be ‘behind’ this reality? How would it change our lives, given that we can never find out?

And finally the Musk musings reveal a shocking lack of imagination about what aliens are capable of. How likely is it that super intelligent extra-terrestrial beings are living even remotely the same sort of lives as us? Are they also playing around on computer games when they should be doing their homework? Really is parental supervision equally bad in Zyborg? And why would we think we are that interesting for this species to want to play with us in their simulation?

Harvard physicist Lisa Randall makes this point that the whole theory assumes quite a few things including another reality that is pretty much working the way ours does.

But to give Musk his due – he is raising questions that do make us think about the role of technology in our lives and if there is a higher power at work. We should welcome contemplative ‘meaning of life’ discussions especially as our society is increasingly (mindlessly?) marching to the sounds of a technological beat.

To hear Sandra and Kai discussing these stories, tune into this episode of The Future, This Week.