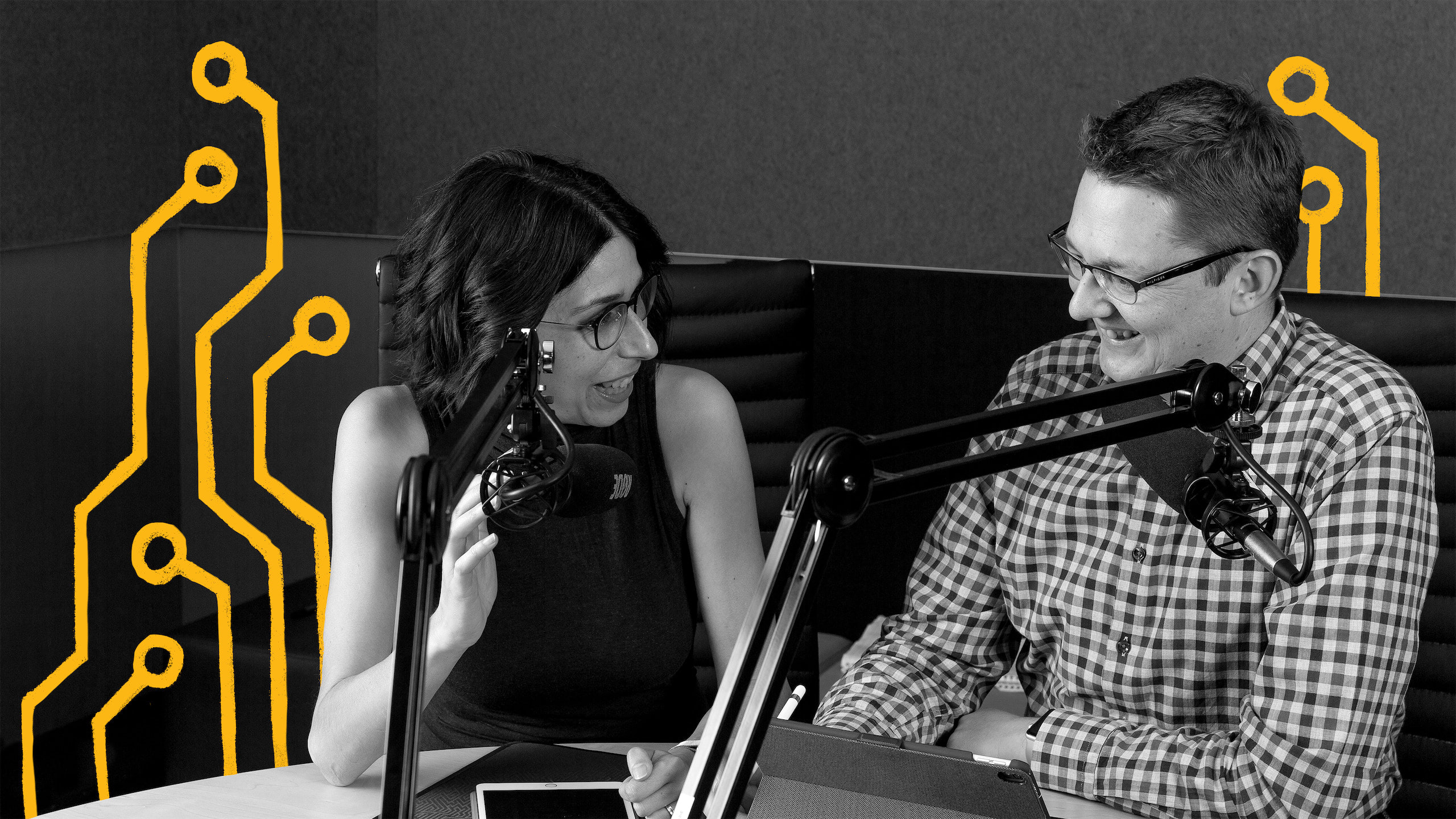 Our theme music was composed and played by Linsey Pollak.

For all of our Season 1, 2 and 3 episodes of The Future, This Week see our playlists.

Intro: Coming soon is The Future, This Week Season Four. I'm Sandra Peter and I'm Kai Riemer. Every week we get together and look at the news of the week. We discuss technology, the future of business, the weird and the wonderful, and things that change the world.

Sandra & Kai: For the past season, we've looked at some big stories: where cars are going; the end of the Internet; entertaining mergers; prison business; sexist spaces; unpacking inequality; long haul economics; and the rise of the digital humans.

Sandra & Kai: Asked some interesting questions: are DNA ancestry sites the new social networks? why do some ideas just refused to die? Is face recognition up to the job? Can AI be ethical? How close are we to quantum computers? What's up with universal basic income? Did AI just pass the Turing Test? What is the Chicken of Tomorrow?

Sandra & Kai: Some questions remained curiously unanswered. Did Musk ever get his couch? What happened to Zuckerberg's cushion? What does fake milk taste like? Did the farmer get his bot? When can we book a flight to the space station? Will there be a space station? When is Elon launching the BFR? The big fantastic rocket? Did they ever find the owls in Sweden? And did they eat the fungi sandals?

Sandra & Kai: Topics with most potential: Will Bitcoins endure? Quantum computing? infrastructure; still haven't quite caught up with blockchain; 3D printing; trust in algorithms; machine learning in healthcare; face recognition; augmented reality and virtual reality. Back to batteries and a lot of other stories that we might see more of. Companies like the big three in the East: BAT; Baidu; Ali baba; Tencent. And the Frightful 5 in the West: Apple, Google, Amazon, Facebook and Microsoft. Skype, Snapchat, WhatsApp, WeChat, home automation, voice assistants and eBay.

Sandra & Kai: It's really been a whole lot of fun. I'll say something, I say something and then I set you up and you then have to come up with something really intelligent.

Sandra & Kai: So Kai what happened in the future last week? That's all we have time for today. {LAUGHTER}.

Sandra & Kai: See you soon on Season 4 of The Future, This Week.

Outro: You can subscribe to this podcast on iTunes, SoundCloud, Spotify, Stitcher or wherever you got your podcasts.