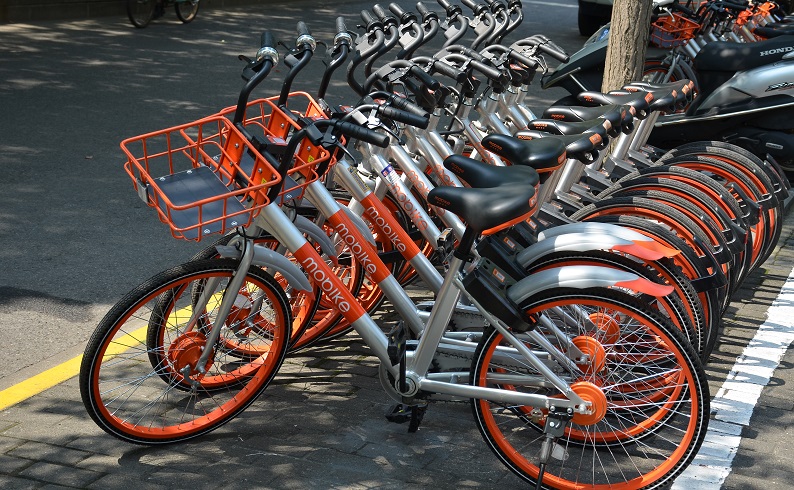 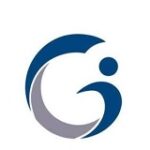 **As rights to this article belong to the original publisher, China Business Update (CBU) on Sohu, please contact them for permission to republish.**

What is the “Internet of Bikes”?

Since the launch of Mobike in Shanghai in April 2016, the bike-sharing landscape has evolved so rapidly and has taken China by storm – and is beginning to spread to other global markets as well.

For those who have not experienced it, Chinese free-floating bike sharing is different from traditional bike-sharing schemes that typically come with designated docking stations and limited payment options. Chinese bike sharing users can unlock these bikes using a smart phone, use them and drop them off, literally, anywhere in the city. Payment happens via the pervasive mobile payment solutions that seemingly everybody with a smart phone now uses every day instead of cash.

Mobike and Ofo are the two market leaders that together dominate over 90% of the bike sharing market in China. Mobike uses a wireless smart lock technology where users can simply scan the QR code on the orange bikes to unlock the bikes. It costs only 1 RMB per 30 minutes (in addition to the 299 RMB refundable deposit). Ofo uses mechanical padlocks on their bright yellow bikes and operate with a similar business model.

Michael Moritz, a partner at Sequoia Capital, has called the dock-less, shared and connected bikes phenomenon in China the “Internet of Bikes”: a term adapted from the concept of the “Internet of Things” that refers to the inter-networking of physical devices embedded with electronics, sensors, software and network connectivity that enable these devices to collect and exchange data.

Mobike now claims to have more than 100 million users, who book an average of 20 million trips on their 6 million bikes every day. Mobike has raised over $1 Billion USD investment in just two years, with big-name backers like Tencent, Foxconn and Temasek Holdings. Ofo is also backed by big-name investors like Alibaba, Didi Chuxing and DST Global. To seek further growth, Ofo and Mobike are now expanding into overseas markets. Some investors are even anticipating a mega-merger or alliance among the leading players and an IPO is anticipated.

The Internet of Bikes model offers consumers, industry, and policymakers with a win-win-win value proposition.

First of all, it is an ultra-convenient and highly affordable first and last-mile mobility option for the consumers. Many urban white-collar people consider it an opportunity to get exercise before and after work.

Second, it has revitalised a declining bicycle industry. Bike and smart lock manufacturers are now receiving new orders from these well-funded start-ups, who are admittedly not interested in manufacturing the hardware. In addition, they have changed the perception of biking as a poor-persons mobility option. Biking is no longer associated with the old-fashioned, low-income and elderly population in China. Biking is now perceived as a “cool thing” and an “upgrade” because of its young, environmental-friendly and tech-savvy image, thanks to bike sharing.

Third, for the policymakers, it helps reduce air pollution and traffic congestion. Mobike says its bikes have helped to cut nearly 200,000 tons of carbon emissions as people shift to self-powered vehicles. In addition, the terabytes of daily mobility data generated from these services can help improve public transport planning and city design. For example, Mobike is now working with local authorities to “decentralise” urban public transport hubs by locating several hubs outside the city centre which can still be easily reached by cycling.

More than just a network of physical bikes

In fact, there are more than a dozen of “Uber for bikes” start-ups in China and a few of them such as Wukong and 3Vbike have already gone out of business due to the intense competition. Mobike and Ofo, as the first movers, stand out from the crowd as they have pioneered a range of innovations that promote sustainable growth.

Take Mobike as an example. In terms of the product design, their bikes are built specifically for the sharing purpose – with a rust-proof aluminium body, solar panelled basket and airless tires – to ensure low maintenance and long product lifetime. In terms of software, Mobike has a built-in GPS and SIM card, which allow real-time location tracking, data-driven fleet management, and remote software update. They have also built an artificial intelligence (AI) platform, namely “Magic Cube”, which learns upon environmental and user mobility data about where they go, when they travel and other behavioural patterns to optimise bike delivery, dispatch and maintenance operations.

It is more than just putting physical bikes on the pedestrian sidewalks, but rather about providing an integrated technology platform built around a ubiquitous network of connected mobility devices.

Needless to say, the vandalising, destroying or dumping of these bikes after use has caused serious concerns about public space usage and traffic safety.

As countermeasures, Ofo has partnered with Alibaba-backed Ant Financial to integrate their service with Sesame Credit social credit-scoring system, which scores Alipay users based on a complex algorithm that takes into account everything from shopping habits to whether they pay their bills on time. Such a trust system helps attract more quality users and promote responsible usage.

Mobike also offers incentives like ride credits to users who report misbehaviour cases. Mobike Preferred Locations (MPL) are set up in crowded areas as designated parking zones to minimise random parking. To help rebalance the demand and supply of bikes, Mobike’s intelligent platform can selectively label the underutilised bikes as “bonus bikes” with a red packet attached to them. Users are therefore incentivised to pick these bikes and ride them to other spots. They are also working with local governments to formulate new regulations that make cities more bike-friendly in long-term. The new technology enablers are not only making the bikes smarter but also promoting more responsible usage for the benefits of society as a whole.

In order to fully appreciate the “Internet of Bikes” business model, one has to recognise that it is an internet play rather than a pure product-centric play. Instead of the service charge per ride and the deposit fees, what really matters is, in fact, the potential in data monetisation.

For most people, it looks like these companies are practically giving away their products for free just to beat the competition. But in almost all cases of Internet start-ups today, the larger their user base, the higher their market valuations. As a result, an ideal scenario for these bike-sharing start-ups is to obtain an ultimate monopoly position. Once companies establish that “winner-takes-all” status, they can monetise their customer data as a compelling competitive advantage.

Like mobile payment, ride-hailing and food delivery, bike-sharing is a high-frequency and sticky entry point to attract an enormous number of users. As Internet giants such as BAT continue to expand horizontally across our connected lifestyles, they are constantly looking for new “hooks” that can draw more users to join and stay in their services ecosystems. Bike-sharing represents an attractive use case, short-distance smart mobility, which is an integral part for tech giants to complete their cross-boundary ecosystems. which is why Ofo is backed by Alibaba and Mobike is backed by Tencent.

One can easily imagine how bike-sharing start-ups can monetise their user base and data, such as providing courier services, e-commerce sales and packaging mobility data for business customers (B2B) and local governments (B2G). Through artificial intelligence, bike-sharing big data can help explain when, how and probably why an individual or a group travelled from A to B at any particular time. Such 360-degree understanding of user’s mobility patterns would allow brands to design more targeted advertisements for different consumer segments and derive more data-driven insights. For example, retail business owners can analyse these mobility patterns to pick their store locations that maximise customer traffic.

A golden era for automobility innovation

As Ofo and Mobike continue to enter new cities such as Seattle (US), Cambridge, Manchester, London (UK), Florence (Italy), Fukuoka and Sapporo (Japan) this summer, China’s automobility revolution has growing impact for the world.

Similar business models are also proliferating all over the world, such as Spin and Limebike in the US, Ponybikes in the UK, Gobee.bike in Hong Kong, and oBike in Singapore. This is unprecedented because it changes the traditional Western perception of China being a “nation of copycat” taking market-proven ideas from the West and simply adapting them for the local market with only minor modifications. China is now exporting some of the world’s most game-changing innovations.

China is the world’s largest automobile market today, with sales of 28 million vehicles in 2016. China has 15 megacities with a population in excess of 10 million. Over 771 million of the nation’s population lives in urban areas, compared to 322 million in the U.S. China’s rapid urbanisation and pain points associated with car ownership has accelerated the growth of usage-based mobility services.

The Ministry of Industry and Information Technology in China is targeting 35 million vehicle sales by 2025 and expects New Energy Vehicles (NEVs, referring to battery electric vehicles and plug-in hybrid electric vehicles) to make up at least one-fifth of that total. As vehicle emissions are a major source of China’s air pollution, the government sees NEVs as a long-term solution to ease air pollution. It is also a strategic opportunity for China to level the playing field and create local champions in the global automotive industry.

With the booming scene of “mass innovation and entrepreneurship” and the Chinese government’s desire to leverage technology to transform China into an innovation-driven economy, China will emerge as the epicentre of the world’s automobility disruptions. The Internet of Bikes is not a single case and we expect to see more China-originated innovations in the field of future mobility. It is now essential for the world to take a closer look at China’s automobility innovations.

This article was originally published by China Business Update (CBU) on Sohu. Read the original article.

Alan Chan is an Associate at Gao Feng Advisory Company, a globally pre-eminent strategy and management consulting firm with roots in China. He specializes in digital strategy and innovation within the context of China.

Bill Russo is Managing Director and the Automotive Practice leader at Gao Feng Advisory Co., and is also the Founder and CEO of Automobility Limited. He was previously Vice President of Chrysler North East Asia, where he managed the business operations for the Greater China and South Korea markets.