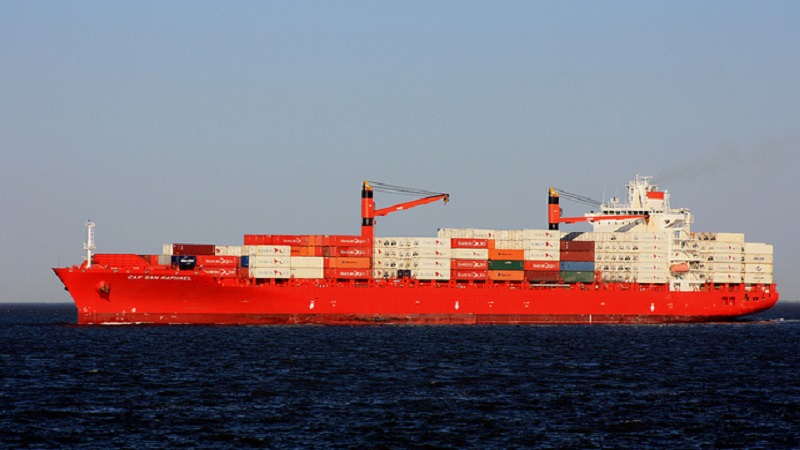 Globalisation, if measured by the growth in world trade, has been in relative decline since 2012. In the words of The Economist (12 October 2016):

“Between 1985 and 2007 trade volumes shot up at around twice the rate of global GDP; since 2012 the rate of growth has barely kept pace. Things appear to be getting worse. On September 27th the World Trade Organization slashed its forecast for growth in trade of goods from 2.8% in 2016 to just 1.7%, implicitly predicting that for the first time in 15 years, trade would grow more slowly than GDP.”

The main reasons for this slowdown in global trade are growing global economic uncertainties and slowing global demand – both factors that are not easily reversed. President Donald Trump’s as yet undefined border taxes or other sanctions would further slow down global trade.

China is hedging against this risk by intensifying trade with other partners in Europe and emerging markets and by building up its own economic sphere of influence in Central Asia and Southeast Asia through its One Belt One Road initiative.

But less trade does not mean the world is less globalised. Globalisation can be measured in different ways, for example, by trade in value-added through global value chains, or the growth in foreign direct investment and employment created by foreign investment.

In the latter area President Trump’s policy announcements, though vague, are signalling a more positive attitude towards globalisation. Trump’s emphasis on creating domestic jobs and tax revenue would support Chinese outbound investment entering the United States. Trump’s preference for bilateral agreements as a tool to open up markets would not be an obstacle. President Xi Jinping has been preparing the ground for Chinese concessions 33 since last year, and specifically in Davos, when he foreshadowed the opening of hitherto-restricted markets, such as in finance and other services, to foreign investors. Chinese concessions in these areas are most likely, if in turn Chinese investors were allowed to operate in the United States under reciprocal arrangements.

Reciprocal arrangements are a long-standing core concern of American firms operating in China and would create a win-win situation for Trump. Opening closed markets in China would create economic opportunities in China for American firms. Chinese investment in the United States would create jobs and reduce imports from China at the same time.

Chinese direct investment into the United States is no longer trivial. According to the authoritative Rhodium Group, the volume of Chinese acquisitions and greenfield investment tripled to US$46 billion in 2016, and surpassed US$100 billion in accumulated flows from 2009 to 2016. The annual volume of Chinese investment into the United States has now overtaken the volume of US investment into China. In terms of accumulated stock and employment, the US footprint in China is approximately four times larger than the Chinese footprint in the US, and US firms employ 1.6 million workers in China versus an estimated 100,000 American workers employed by Chinese investors.

This leaves both sides in strong positions to bargain for increased access to their markets and could bridge shortfalls in trade relations.

Australia would most likely benefit from an intensification of investment relations between the United States and China. This is counterintuitive at first glance, because Australian exports to and investment relations with China would come under competitive pressure from the Trump administration negotiating bilateral deals. The US competes with Australia in areas such as agriculture and services. However, Chinese outbound investment is not a zero-sum gain and more access of Chinese investors to the United States market would have a spill-over effect for Australia as a market that is seen as less risky and a test market for entry strategies. In turn, Australian investment in China might benefit from concessions won by the United States through most-favoured nation clauses in the China Australia Free Trade Agreement.

The annual University of Sydney/ KPMG survey of Chinese direct investment in Australia documents similar trends for Australia: diversification into new industries, larger share of private companies, more variation in size of deals and deeper commercial integration in home and host economies. These are indicators that globalisation in investment is growing in spite of a slowly declining trade volume.

However, these commercial realities have to be seen in the context of changing political realities, which have the potential to override economic rationale. In the United States as well as in Australia there are influential security and populist voices that have to be taken into account in order to create and maintain public confidence in the foreign investment regime. The crucial point is that all attention is currently focused on the entry point for foreign investment and hardly any on the long-term integration.

The Chinese investment in Cubbie Station is a good example. It raised huge political and community concern in 2012-13 when the approval was finally given. Four years later, it runs smoothly under Australian management and is contributing to the local community. Populist concerns will require a new long-term approach to provision of information and deeper involvement of the corporate sector and academic researchers in public debate. The security debate in Australia reflects the current debate in the United States and has led to the establishment of the Critical Infrastructure Centre, with the federal government next to the Foreign Investment Review Board. This debate requires careful balance as Australia relies on foreign investment for some major infrastructure projects. This will be one of the major tasks of the Government’s Foreign Policy White Paper that will be launched later this year.