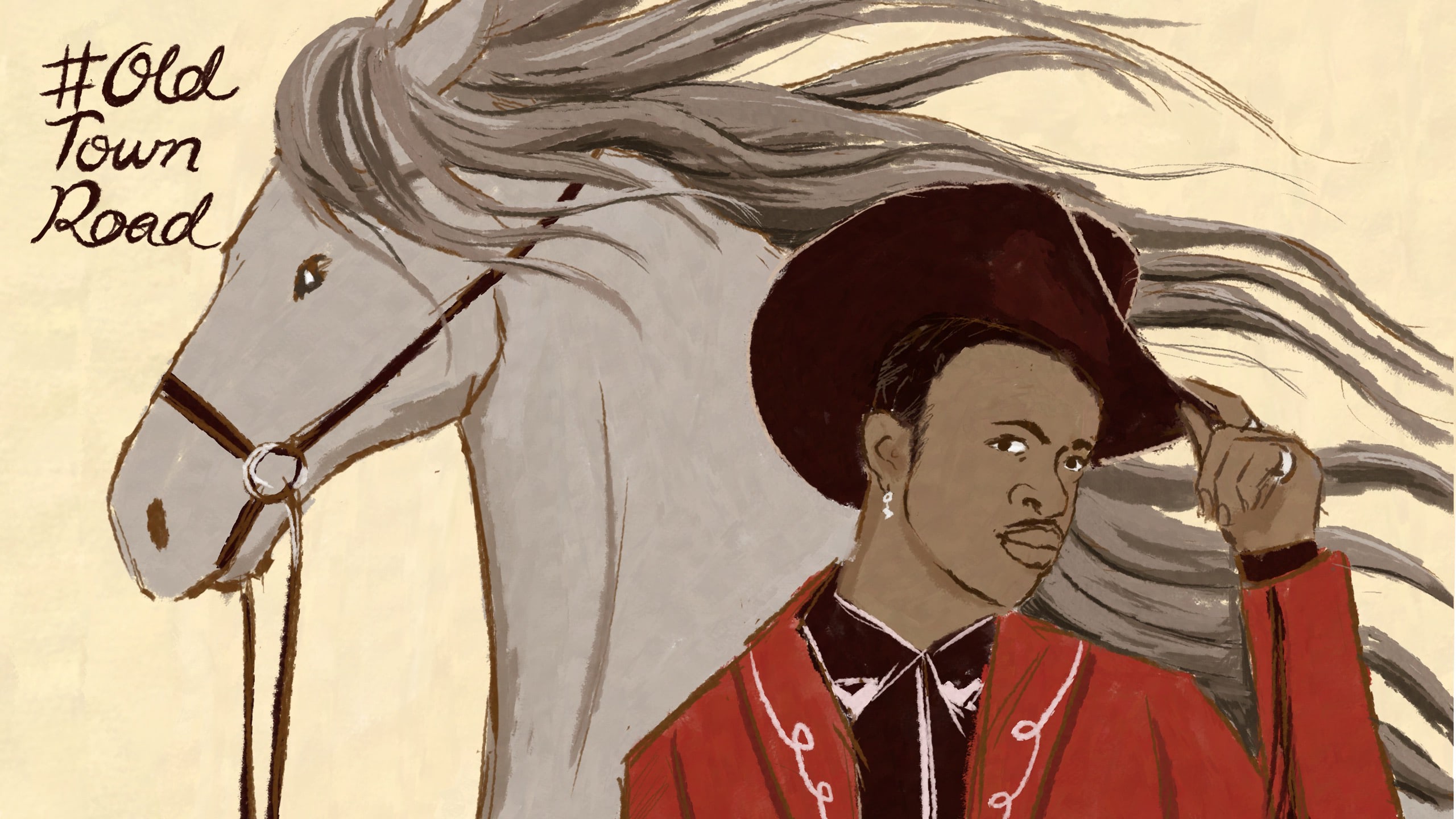 Talk about disruption: When Lil Nas X (real name Montero Lamar Hill) made it to the top of the Billboard country chart with his tune Old Town Road, it was celebrated as a break out moment for a ‘cross-over’ artist. Meaning for a black performer crossing into the predominantly white country music genre.

And then it wasn’t. Celebrated that is.

But let’s back up a bit.

The story began back when a lonely boy from Atlanta, Georgia bought a beat for $30 online and wrote a broken-hearted song that starts out as a genre country lament and then switches beat and becomes something else. Specifically country rap.

Getting mainstream airplay is difficult for newcomers. But Lil Nas has something other than a $30 beat. He has internet smarts.

He posted his song on Soundcloud, tweeted it, and in a flash of cross-cultural exchange, took his song into the land of TikTok. The Future, This Week guest, Dr Barney Tan, has a TikTok for beginners guide.

TikTok is not so much a deep-dive into popular culture but more of a shallow wade through the endless videos people are pleased to post online: This Chinese-run platform allows anyone to record and post short videos (no
more than 15 seconds). The engagement element is the videos intrinsically pose a ‘challenge’ daring others to submit their take on whatever visual gimmick resides in the original film.

With Old Town Road Lil Nas contrived the ‘yeehaw’ challenge which fitted perfectly into the TikTok attention span – cue people hanging around in their normal clothes, beat change, and suddenly they morph into ‘country’ clothes.

Challenge accepted (including by us) – and very quickly Old Town Road goes insanely viral and ends up charting in the Billboard country charts because these days Billboard takes into account streams on YouTube, SoundCloud and Spotify.

Next move – Billboard removes the song from its Hot Country chart, stating that despite its banjo sample and cowboy theme Old Town Road “does not embrace enough elements of today’s country music to chart in its current version.”

Cue outrage (online, naturally) where the chat centres on not so much the music as the man, specifically the colour of the man – and the charge that country music mainstream does not welcome black cross-over musicians. Allegations of ‘genre gatekeepers’ being a front for racism is the conversation.

Enter Country Music Royalty in the personage of Billy Ray Cyrus (he white) who honours Lil Nas by doing a remix of the song…the controversy fuels more interest, Lil Nas and BRC get together, LN signs with Columbia Records, does a trio with BRC and daughter Miley during her Glastonbury 2019 set… and…

And what? While the pop culture discussion is whether Lil Nas can back-up his hit with a second – the disruption that this story exploits is not the shift of black rap into country but rather the engagement of a Chinese social media platform into the lives of millions of US kids and their eagerness to ride the next new digital toy.

When disruptions emerge, they are initially weird, come from the fringes and are the result of a number of converging trends. In this case, the internet, the rise of streaming music services, the ease of access to filming via iPhone all combined to help leverage the curated content of a Chinese owned digital platform.

Lil Nas used all of the above, mastered the specific 15-second TikTok gimmick – but it was still pure luck that his particular groove galloped all the way to Billboard success.

Listen to The Future, This Week 3 May 19: #OldTownRoad and #Microbiome disruption