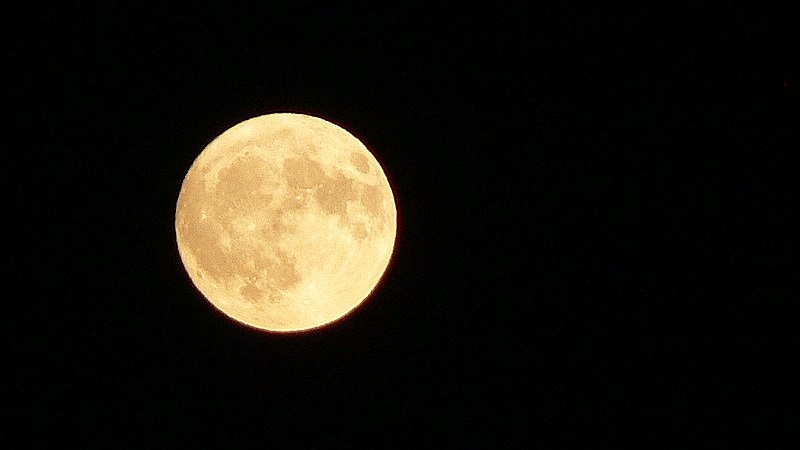 A $20 million deadline was not met at the end of March. The money was on offer to the first non-government organisation that managed to complete a successful lunar mission. The reward was a joint undertaking from Google and X Prize which had pitched the idea 11 years ago. The first deadline was in 2012 and despite multiple extensions, no organisation has come close to claiming the prize, which has now been withdrawn.

So why is it so hard to get back to the moon – first reached by a Soviet craft in 1959 and last touched by man (specifically the Apollo 17 astronauts) in 1972?

Hear more about this stellar issue on The Future, This Week

There have been three lunar touch downs since 2007 when the prize was announced, but all were government missions, the last in 2013 being the Chinese Chang’e 3 moon lander – making it only the third country to have soft-landed on the moon.

What is lacking in the public and private environment today that was present 50 years ago?

One big reason is resources: It’s no shock that it’s awfully expensive to get to the moon, but what is different now is the motivation for going and the sense of purpose in the mission. In today’s coinage the Saturn 5 rocket used in the Apollo program would have cost around $1.16 billion. When John F Kennedy committed the US to shoot for the moon, he did so at the height of the Cold War when US national pride was caught up in proving its technological superiority over the USSR. Back then NASA received about 5% of the US National Budget, today it only commands 0.4% – the same dollar amount it was allocated in 1959, its first year of operation.

However, Kennedy’s famous “We chose to go to the moon” speech was not a militarist call to arms, rather he raised the aspirations of mankind in order to “measure the best of our energies and skills”.

Putting the first man on the moon was an incredible achievement for humanity whilst also flaunting the USA’s technological prowess. It was both a world and a nation defining moment – and therein lies the difference between a high profile, ‘one-off’ project and the less glamorous but also difficult undertaking of creating a self-sustaining business infrastructure.

Importantly, during the four years the US landed humans on the moon they failed to build a self-sustaining lunar supply chain. Each mission, whilst building on the scientific knowledge of the previous venture, did not ultimately pay it forward in creating an economic model for future lunar ventures. Moreover after six manned landings, the US government was unable to articulate a grand public vision that would justify allocating so much of its national budget to the lunar cause. After all the US had already proven that they could do it, and quicker than the USSR. Once on the moon, there was no plan what to do once they got there.

Whether the destination is the moon or Mars, or lands beyond – the public needs to be convinced of mission purpose. At this point in time there is no public grand narrative that excites a broader public and could be used to justify spending so many resources on such a project.

Last year President Trump signed the Space Policy Directive 1 which is designed to refocus NASA’s mission on human exploration and spaceflight. The vision this time is to “Not only plant our flag and leave our footprint, we will establish a foundation for an eventual mission to Mars and, perhaps someday, to many worlds beyond.” According to astrophysicist Ethan Siegel this mission is doubly misguided. Not only is it underfunded but it proposes to build a lunar space station orbiting the moon – which takes us neither to the moon, or further afield to Mars. It is a proposal that Siegel says should “Make you furious”.

In short, the current US solution is one that functions in a traditional innovation ecosystem space.

In the private sector there is one person who has created a justification for humans to seek lands beyond our Earthly home.

Elon Musk is utilising the larger narrative that the ‘robots are coming to get us’, where space is humanity’s only means of salvation. Musk is palpably not using an economic argument for his space ventures – he has famously said that creating a rocket company has to be one of the hardest and “dumbest” ways to make money.

What the private sector is struggling to do today is create an economic model that will take flight: Ideas generated so far include putting advertisements on the sides of rockets or onto a lunar roving vehicle (a decidedly lame and non-visionary way to raise money), building reusable rockets or simply cheaper rockets (though 3D printed rockets currently lack the grunt to get the height and withstand the massive forces in space).

In essence, what is being done is to fit a traditional type of innovation model: Have a lot of players, build a supply chain, make things reusable, make things multi-purpose. We are seeing this model being adapted to a problem that is not well suited to a solution in that ‘space’.

The answer to the question of why it’s so hard to go back to the moon is because it’s no longer about proving that it’s feasible to do it but actually creating the economics around a sustainable business of doing so, which is a vastly different undertaking.