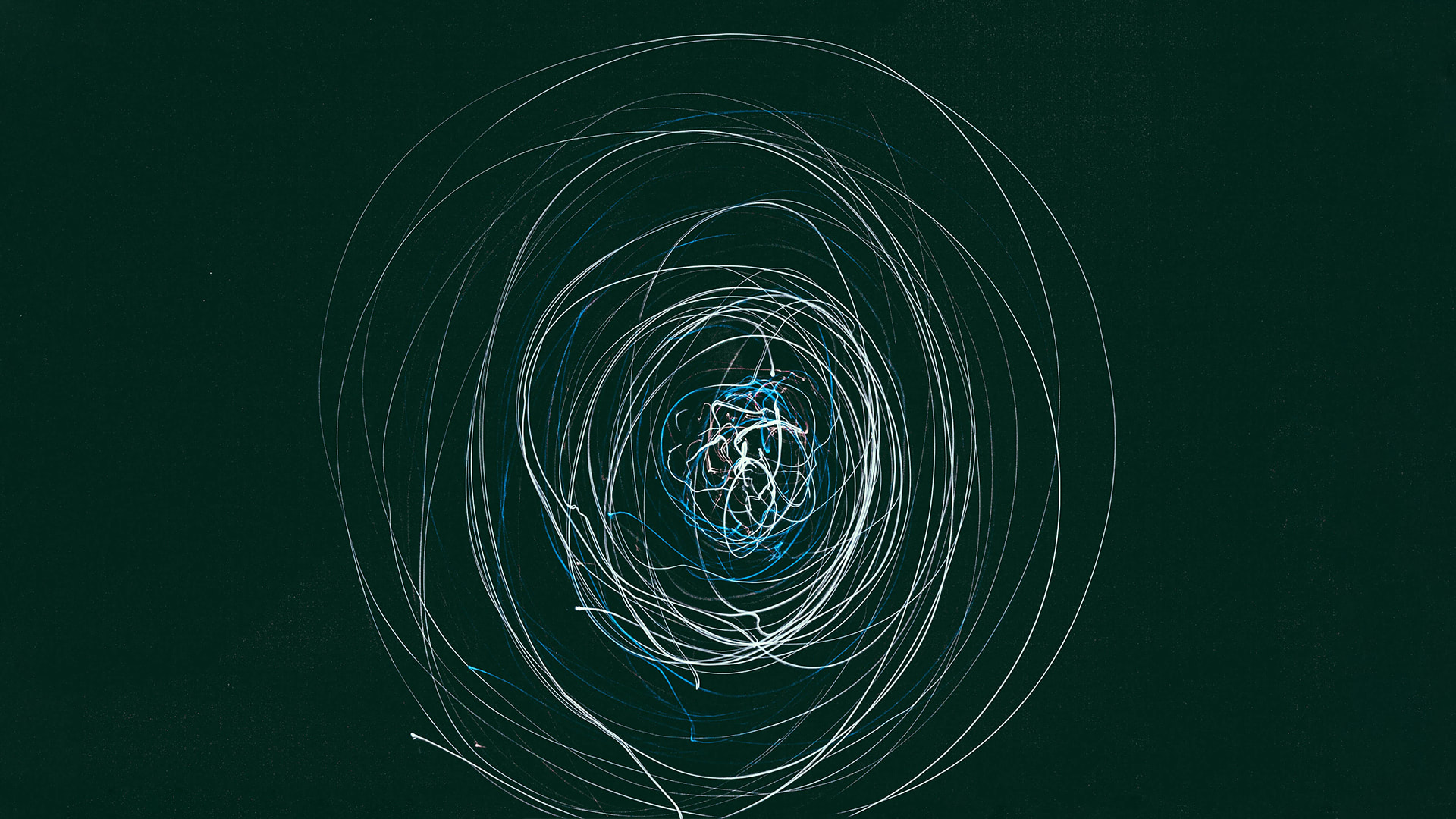 They are coming for our jobs, and worse, they’re coming to get us. We are besieged by ever more dire warnings about artificial intelligence from increasingly loud voices. Elon Musk repeatedly warns that AI is a fundamental risk to the existence of human civilisation and we should beware the robots going down the street killing people.

One frequently cited analysis by Oxford economists suggests that 47 per cent of workers in the US have jobs at high risk of automation over the next two decades. CSIRO has predicted a similar proportion in Australia. Even though such studies have been heavily critiqued, they feature prominently in the media, albeit these days alongside more nuanced takes on the effects of automation and AI. McKinsey, for instance, recognises that at least one-third of activities in about 60 per cent of occupations could be automated with existing technologies.

In the midst of these concerns, we are losing the chance to have an important conversation about AI.

Hype with no evidence

At the University of Sydney Business School we have looked at all the news stories from the past year to understand the public conversation around artificial intelligence. We found that it breaks down into three broad themes: AI partnerships and initiatives, potential effects of AI and concerns about present AI applications.

If we look at the traction these conversations are getting in the media, it is clear that people are enamoured with the potential effects of these technologies rather than the actual manifestation, implementations and real-world AI initiatives. A closer look at the debate over the potential effects of AI reveal that it is split between Elon Musk’s apocalyptic warning about killer robots and fear over job losses and adverse impacts on the economy.

What is missing is more measured debate about what AI can actually do and what are its real problems and limitations.

The seductive hyperbole obscures the mounting complexity that is embedded in algorithms which are based on deep neural networks. For example, given the black box nature of how these networks learn, even experts have a lot of difficulty understanding how such systems are reaching the decisions they do. This creates a number of problems. First, the algorithms may have hidden biases.

Let’s consider the case of a bank system designed to make decisions about giving loans to customers. Banks often use historical data to “train” risk-rating algorithms. Such data has biases embedded in it from previous decisions (racial, gender, ethnic prejudices etc).

Companies are grappling with removing such biases from systems without affecting their usefulness but they are often not explicitly revealed and so are difficult to correct. Moreover, given that such algorithms are based on the interplay of thousands of simulated neurons they are often inscrutable and impossible to explain in detail, even by their creators.

This kind of AI is creeping into countless areas, such as finance, healthcare, education and the military. AI-based algorithms are used to help determine who gets a loan, who is shortlisted for a job or who gets paroled.

They are even used to judge English fluency for those seeking Australian skilled migrant visas. Last year, an Irish engineer with a degree in software engineering from Edinburgh University and an Irish veterinarian with two university degrees failed to convince the Pearson-administered automated program that they spoke English well enough.

AI is fast moving into a wide variety of domains. If we are to ensure it benefits human functioning and wellbeing we must move beyond the present focus on apocalyptic messages.

There are big questions that arise as these technologies inhabit our everyday lives. The ethical rules that should govern such technologies in the world are complex. We need to explore and quickly learn to navigate these questions if we are to make AI work.

The conversations we urgently need to have are not trivial. The effects of AI on business and society are intricate and nuanced. How will intelligent personal assistants change what decisions we entrust to technology? Who will decide (and how) whether a self-driving car protects pedestrians or its passengers? Can machines deceive us into believing we are dealing with a human being? What happens when an algorithm cannot explain how it reached a decision to deny someone bail?

We must bring such conversations to the forefront if business and society are to answer such questions successfully, ethically and sustainably. Otherwise we risk discrediting this promising technology if applications progress too fast and are blind to the problems.

A number of initiatives have started to consider how to make AI ethical. In 2017 the Institute of Electrical and Electronics Engineers (IEEE) released the Ethically Aligned Design report, in which a team of technologists together with doctors, lawyers, economists and philosophers set out guidelines focused on the ethical and social implications of autonomous and intelligent systems.

Professor Rafael Calvo from the University of Sydney, who was part of the group, says the guidelines are developed iteratively and are open to public feedback, which will help build a definitive set of guidelines over time.

And yet we still can’t even agree on what “ethical AI” means.

In a recent article in The New York Times, Oren Etzioni, the chief executive of the Allen Institute for Artificial Intelligence, called for three rules that would lay the groundwork for a set of regulations that might help mitigate some of the negative effects of AI. Etzioni uses Isaac Asimov’s three laws of robotics, formulated in 1942, as his starting point.

The three rules set out that an AI system must be subject to the full gamut of laws that apply to its human operator; an AI system must clearly disclose that it is not human; and AI systems cannot retain or disclose confidential information without explicit approval from the source of that information.

These rules emphasise first and foremost that we cannot and must not attribute agency to an AI. A bank, for instance, is fully accountable for the algorithms it uses. Not fully understanding or not being able to fully predict outcomes does not absolve the organisation of its effects and implications for those affected by the algorithmic decision making.

The second rule ensures AI cannot be used to deceive people into believing they are dealing with another human being. Recently, researchers from the University of Chicago demonstrated that machine learning algorithms can write totally believable fake product reviews. Academics at Georgia Tech used IBM’s Watson platform to create an AI tutor named Jill Watson who successfully advised a large number of students before it was disclosed to them that they were not actually dealing with a real person.

AI systems today increasingly collect, elicit and record information by asking us questions, by providing feedback or by inadvertently stumbling upon information.

The third rule ensures that devices such as smart speakers or robotic vacuum cleaners do not take advantage of the unprecedented access they have to our homes and lives without asking for our consent explicitly and appropriately.

The ethical rules of AI

Formulating a set of ethical rules to guide how we deploy this technology in society is a good first step. There are, of course, other narrow moves into formulating such principles happening: the Ethics Commission at the German Ministry of Transport and Digital Infrastructure drafted the world’s first set of ethical guidelines for self-driving car programming last August. Dubai has appointed a state minister for AI. Companies such as Google, through its DeepMind AI subsidiary, have established their own ethics research team, joining other industry groups such as Partnership on AI.

The conversation around AI is not whether we should be afraid of it or embrace it, but rather how businesses, governments and society should shape how the technology is used, the values that it incorporates, and how we ensure it benefits human wellbeing.

There have of course been calls not to regulate AI at all. This would ensure private entities, corporates and governments would be able to experiment and develop the technology unencumbered. However, issues of responsibility, explainability and inability to fully audit AI make this technology unpredictable. The consequences for customers, employees and those about whom decisions are made are potentially severe, yet often hidden.

While regulation might create an uneven field of competition internationally, such processes to protect wellbeing while promoting innovation have been realised in fields such as biotechnology.

We believe that after an initial period of hype and hyperbole, the time has come to have this important conversation about the realistic potentials and real dangers of AI.

This content has been produced by Sydney Business Insights, an initiative of the University of Sydney Business School, in commercial partnership with AFR BOSS magazine. Read the original article. As rights to this article belong to the original publisher, AFR BOSS Magazine, please contact AFR for permission to republish.