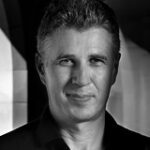 Luke Deer is a Researcher with Sydney Business Insights at The University of Sydney Business School and Research Associate at the Cambridge Centre for Alternative Finance.

While the Western media continues to worry about China and its economy, China is also belatedly being recognised as one of the most dynamic entrepreneurial environments in the world.

The “China miracle” hasn’t gone away. It draws on calls such as Premier Li Keqiang’s for mass entrepreneurship and innovation.

The search for the next Jack Ma is on. Ma, the charismatic founder of e-commerce giant Alibaba, one of the world’s biggest online marketplaces by scale and market capitalisation, has come to symbolise the aspirations of, and provide a role model for, successive generations of Chinese entrepreneurs.

China is now home to 46 of the world’s 192 known unicorn companies – private venture capital-backed companies valued at over $US1 billion ($1.36 billion) – which have a combined valuation of over $US209 billion, according to CB Insights.

Most, if not all, of these companies are tech-based and have disrupted traditional business models in finance, mobile, software or e-commerce. Some have new types of tech hardware.

Among these businesses are several of the most highly valued private companies in the world. Most recently, Didi Chuxing – the ride-hailing service which beat Uber in China – closed its latest round of financing, which may bring its valuation to $US50 billion. This places Didi Chuxing’s valuation not far behind that of Uber, which at $US60 billion is the highest-valued tech start-up globally.

Others include Xiaomi, a mobile phone and hardware maker valued at $US46 billion, followed by the likes of $US18.5 billion fintech giant Lu.com; group-buying and reservations platform Meituan‑Dianping at $18 billion; digital media platform Toutiao at $11 billion; and drone manufacturer DJI at $10 billion.

“The question of who will be the next Jack Ma is difficult to answer,” says Barney Tan, a senior lecturer at the University of Sydney Business School, who has done hundreds of case studies of tech giant start-ups in the West and in China.

“What brought on the first generation of successful tech entrepreneurs – the likes of Jack Ma and Alibaba, or Ma Huateng and Tencent – is the fact that a new technology emerged at the time and it created an opportunity for these leaders to step up,” says Tan. “Most of them came from very humble backgrounds.

“China was a bit slow to catch on. The internet was commercialised in 1995, but internet penetration in China was initially very low. We hear stories of how local businesses were trying to get online and if they managed to find something it was usually through a US or foreign-based site.

“This created an incredible opportunity for what later became known as BAT [Baidu, Alibaba and Tencent], who were the first to capitalise on it, and the examples and the paths they have blazed are an incredible template for aspiring entrepreneurs.

“Even today, every time I conduct research at a start-up, these three are the inspiration or the template,” says Tan.

“You can go back and reflect on the atmosphere – if you were in the market and you were good enough you could grow and the local government would help you to set up your structure, or facilitate selling to local enterprises, including to SOEs [state-owned enterprises],” says Hendrischke. “Then Ma was accepted by the central leadership as a figure, and he was allowed to start competing with the banks, using the capital and the fintech products he had created.”

Tan points to how Alibaba handled the government as a good exemplar. “The moment [a company is] big enough the government will step in and regulate, and the only way they can continue is to work with the government,” says Tan. “Alibaba, for instance, is very into developing the rural or disadvantaged rural communities, and saying, ‘We are also doing something for citizens and population, we are promoting social development’, and the government loves it.

“They are also compliant and would react quickly to anything the government wants and they probably would make data transparent to the government,” says Tan.

The new wave of tech-based entrepreneurs in China seeks to follow and even emulate many aspects of the first generation of entrepreneurs’ operational strategies, including their organisational culture.

Jack Ma especially has been openly critical of the “big boss” hierarchical structure in many traditional Chinese enterprises, private and state-owned alike.

“I’ve conducted studies at a number of start‑ups and a lot of the founders are able to quote Ma Yun [Jack Ma] about what they are doing,” says Tan. “They try to imitate the way Alibaba was organised in the beginning – for instance, the use of nicknames based on pugilistic or wuxia [martial arts] novels. Even something like that creates organisational flatness. When you refer to Ma Yun as Feng Qing Yang [a fictional swordsman], he is not the boss, he is someone else.

“It flattens the structure, so communication becomes easier, it is more democratised and you are not so afraid of airing your views to your boss,” says Tan. “I even interviewed a start-up trying to build a C2B [consumer to business] business where everyone had a nickname that was either a fruit or a vegetable. The boss was referred to as eggplant in Chinese, in this way the organisation becomes a little bit more agile and flexible.”

These practices are closely aligned to the dynamic consumer market that has emerged in China over the past decade. Average GDP per capita in China has more than doubled in the six years from 2009 to 2015, for instance, from about $US3019 a year to more than $US6097 a year on average, according to the World Bank.

While these average figures hide large disparities in wealth, per capita incomes in tier‑one regions around Beijing, Shanghai and Shenzhen are now much closer to incomes in developed countries. This has led to the emergence of an affluent consumption environment at a scale not seen elsewhere.

“You have growth at 6.5 per cent, it’s massive and it changes markets very quickly,” says Hendrischke. “They’ve built the industrial structure; now they are focusing on the immediate very volatile and dynamic consumer culture. They have very rapidly changing consumer markets, and new lifestyle markets undergoing rapid change. Demographic change is also driving it, accompanied by higher purchasing power with mass affluent and more sophisticated consumption.”

The new wave of tech start-ups reads like a who’s who of sectors across this new consumer-driven and internet-enabled environment. According to ITjuzi (IT Orange), which tracks private company valuations in China by known VC-funding rounds, there are now 441 private VC-funded companies in China each valued at over 1 billion yuan – more than $120 million each.

Most of these new Chinese unicorn companies are concentrated in the new consumer and internet-based economy, with e-commerce (60), business services (60), finance (60), culture and entertainment (58) and car traffic (40) making up the largest number.

What seems common to many of these is they fit what Douglas Fuller, professor at Zhejiang University School of Management, calls a global hybrid model of development in his recent book, Paper Tigers, Hidden Dragons: Firms and the Political Economy of China’s Technological Development.

Fuller shows how successful high-tech innovators in certain industries tend to be private firms with a combination of ethnic Chinese founders with study and work experience abroad, and whose incentives are aligned with a local operating strategy, backed by hybrid or foreign VC financing.

Fuller argues it is these hybrid firms that have succeeded in the high-tech sector because they have been able to localise technology innovation, unlike their competitors in the state sector or risk-averse foreign multinationals.

Of course, entrepreneurship in China is not isolated to the tech sector. “A lot of focus in media is on the companies getting VC or PE capital, but there is a much wider layer of SMEs who are not reported,” says Hendrischke. “Local private enterprises make up the bulk and while there are no clear statistics, most agree they are over 50 per cent of GDP.

“They are also in a generational transition. Local entrepreneurs started with very simple enterprise networks with people pooling capital. Now the state is getting involved as well, giving capital to private companies that are promised to build infrastructural projects. It is a form of marketisation.”

These days the BAT companies are also stepping up to fill the role previously filled by foreign VCs. Two of the biggest shareholders in the ride-hailing service Didi Chuxing, for instance, are Tencent and Alibaba. But they bring a new set of challenges to the next‑generation entrepreneurs.

“The tech giants are also proving a double‑edged sword for the start-ups,” says Tan. “They show what’s possible, but the moment something viable comes up they move in. With the e-commerce industry, the start-ups are not given enough space. The moment a new offering emerges, the tech giants take the idea and deploy it themselves.

“I interviewed the previous chief scientist at Baidu, William Chang, and he said, ‘We beat them by imitating; if we find an interesting idea we take it and we use it,’” says Tan. “By the time a new start‑up had a million-dollar business, they would be taken out there and then. [The tech giants] have people not so much devoted to research but involved in monitoring, to take any idea that works.”

While buy-in from the tech giants and other VCs contributes to a dynamic start-up market, it can also drive ruinous competition as rival groups of VC backers sink piles of cash into start-ups in a drive for market share. Despite their lofty valuations, many of the underlying businesses are yet to turn a profit, like many of China’s competing bike‑sharing companies.

“These are all interesting unicorns to watch out for,” says Tan. “But the next Jack Ma will come from whoever develops something that invalidates how people consume or produce in some way, much like the internet did.

“Because Jack Ma is not going away – he’s not going to vacate his position.”

“It has to be the next wave of innovation which creates this possibility,” says Tan.

This article was originally published in The Australian Financial Review’s BOSS Magazine. Read the original article.

As rights to this article belong to the original publisher, AFR BOSS Magazine, please contact AFR for permission to republish.