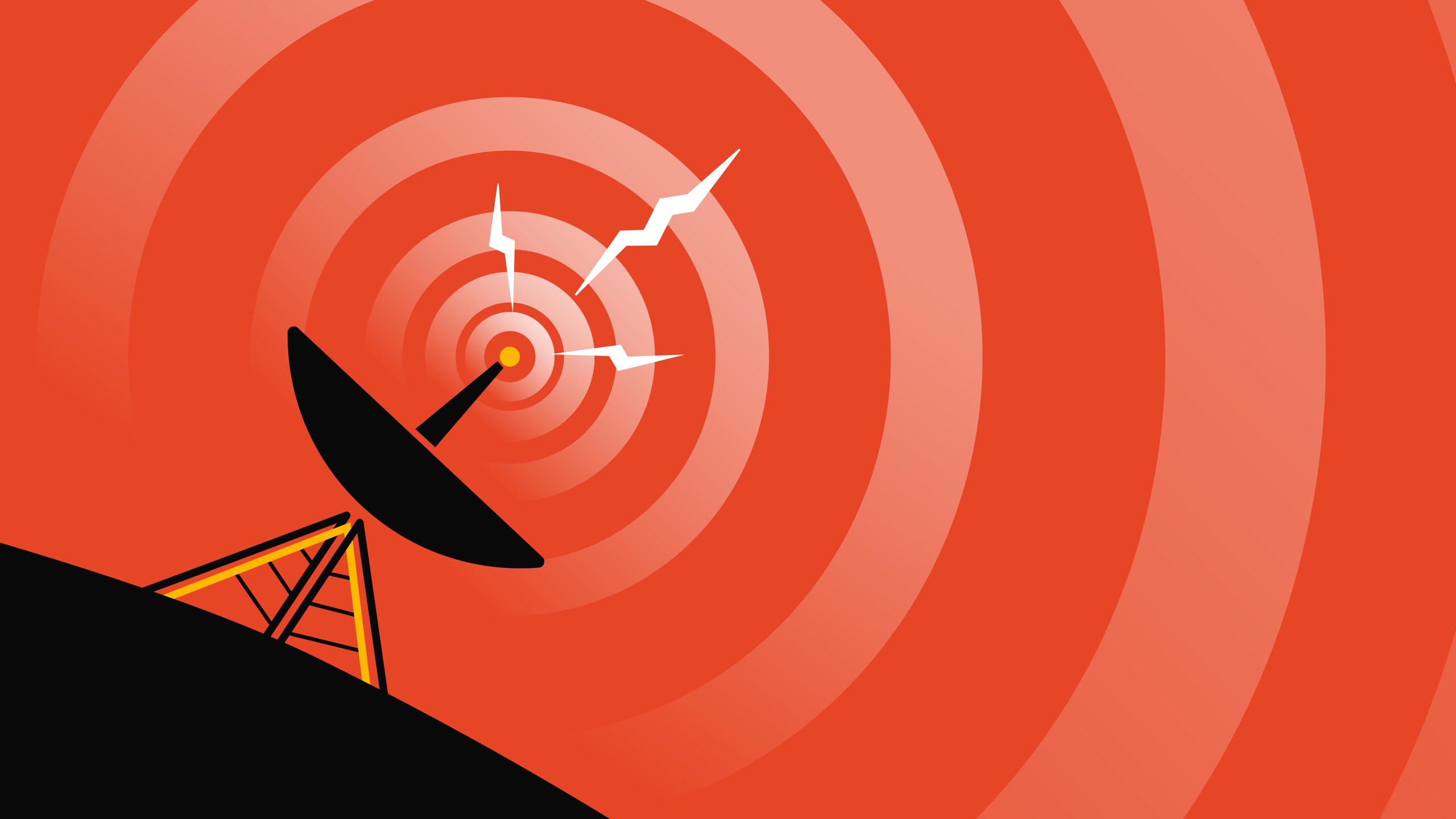 The Future, This Week is on semester break, however we have a pre-recorded story this week for you on smartphones: why Google is building its own iPhone, why smartphone innovation is running out of steam, and the iPhone is different in India. Sandra Peter (Sydney Business Insights) and Kai Riemer (Digital Disruption Research Group) meet once a week to put their own spin on news that is impacting the future of business in The Future, This Week.

Smartphone innovation is running out of steam

Google’s getting serious about building its own iphone

For more episodes of The Future, This Week see our playlists.

Introduction: The Future, This Week. Sydney Business Insights. Do we introduce ourselves? I'm Sandra Peter. I'm Kai Riemer. Once a week we're going to get together and talk about the business news of the week. There's a whole lot I can talk about. OK let's do this.

Kai: The Future, This Week is on semester break. However we have a story this week for you on smartphones: why Google is building its own iPhone, why smartphone innovation is running out of steam, and the iPhone is different in India.

Kai: I'm Kai Riemer. I'm professor here at the business school. I am also the leader of the Digital Disruption Research Group. So Sandra is smartphone innovation running out of steam?

Sandra: Exhibit A - the Essential iPhone.

Kai: Yes. The article appeared in Vox and it makes the point that a new player has appeared in the smartphone market called Essential which has set out to become a high end smartphone. No compromises to really put the state of the art of the industry into a new device. And the article makes the observation it turned out to be like any other high end smartphone. And the point they make is...

Sandra: Even though it's made out of titanium...

Kai: That's right and Andy Rubin the co-founder of Android who built the phone was supposed to build the state of the art latest technology and he did and it turned out to be just like any other smartphone on the market so has smartphone innovation run its course?

Sandra: Well we might be in a lull like with many other things where the improvements we have in smartphones today do not really make a difference. We have a slightly more powerful camera but currently we're not all that good at telling those pictures apart especially if we're watching them on another mobile device. We have a slightly longer battery life on it but not exponential improvement in battery life.

Kai: Yeah but at the same time we're doing more exciting things with the camera right. A while ago, Facebook made the announcement that they were going to create all these AR (Augmented Reality) services by which you could overlay all kinds of artificial objects into the real world by using your camera. And Apple has just released its own AR kit and it supposedly really easy to use and great.

Sandra: So that's sort of the innovation but still nothing I think that will make you necessarily buy that new iPhone or that new device. Mostly they pretty much do the same thing today. So the idea of having one generic simple device which is if we think of it also what Apple was trying to do in the very beginning.

Kai: So we're seeing quickly diminishing returns on innovation so to speak.

Sandra: Exactly. And it's not the first time of course - it's happened for laptops. I think there is a case to be made there that for the past 10 years they haven't really changed a lot. Maybe now with the introduction of the touch bar on the new Mac books but there haven't been really any dramatic changes. It's happened in other industries as well. So I think the case is made in the article that the refrigerator was pretty much the same. So we have slightly nicer looking refrigerators but really exactly the same refrigerators we've had 10, 15, 20, 25 years old.

Kai: And there's the old promise that our refrigerators will order the milk themselves and we've heard that for the past 20 years and really no one needs that.

Sandra: You can still hear the wind blowing through my refrigerator.

Kai: So we call this a dominant design so clearly a dominant design in the smartphone market has emerged. But there is a point in this too because Google is now apparently setting out to build its own phone and there's an article in the Verge titled "Google's getting serious about building its own iPhone". So it says to compete with Apple, Google has to become Apple. So Google apparently has now realised that if they want to build the same high quality device they have to tightly control the supply chain and have to build their own system on a chip which is what is at the heart of the success of the Apple iPhone is that Apple has its own A series processes with which they can build highly power efficient but also highly powerful chips that drive their smartphone.

Sandra: There is also an argument to be made there that if technology companies want people to really identify with them they actually need to build a physical product. So if we look at companies that have really been successful, companies like Apple, they've always had a device that you could touch that you could be really in love with. Whereas if in a company like Facebook there is not a tangible thing that you can carry with you that you can hold that is there that represents that company. So a lot of the companies you know whilst there is that observation around software eating the world a lot of the companies are moving towards making their own hardware as a concrete manifestation of that brand.

Kai: Yes so while Google has developed androids most people will identify with a brand such as Samsung as one of the largest Android phone makers. They might know about Android but I'm pretty sure that many people won't even know that Google is behind Android. So if Google wants to become a significant player and brand in this market they will have to have their own hardware that people can hold in their hand.

Sandra: And to be fair the pixel phone is a really beautiful phone.

Kai: It's a pretty good phone and apparently its camera is second to none.

Sandra: I didn't say it.

Kai: But also let's not forget that what we're talking about is not necessarily true in all parts of the world. So while we're talking a lot about the high end devices, the reality for many people is that they don't actually need a device like that. There's an interesting story recently in Bloomberg's Businessweek about how Apple is making old iPhone's new again to win over India. So apparently the 5s is the best selling model in India. And Apple is reviving its supply chain and it has also built a small factory in Bangalore which is now assembling a few thousand iPhone SEs as a trial run to ramp up production in India itself.

Sandra: So going back to a previous model doesn't make that big a difference. Which brings us back to our original point - maybe the improvements have been quite small along those lines.

Kai: Have been cosmetic, have been about you know bigger more shinier screen, have really been about improving the symbolic value of the phones rather than the actual use.

Sandra: And speaking of symbolic value that this may be worth also Amazon is trying to do. So very recently Amazon has opened an actual bookstore in New York City and has about six or seven physical bookstores around the US. But now Amazon customers can actually experience retail shopping in books in the real world like they used to go to Barnes and Nobles or Borders.

Kai: So there's still movement in the smartphone industry with Google making big investments so clearly they're still banking on smartphones to go places but it's no secret that innovation has slowed down and that people are waiting for maybe the AI in the personal assistants to catch up, for AR to be the biggest thing or to link to a recent story for smartphones to link up with drones to actually create more connected services.

Sandra: Indeed. And whilst the services are not here an iPhone 5 will probably do most of the job you wanted to do as much as an iPhone 7 will.

Kai: And even though this is pre-recorded we still have this....

Audio: "Robot of the week"

Kai: So our robot of the week comes straight from dystopia.

Sandra: Robocop. And Robocop is now real, at least in the Middle East.

Sandra: It's a life sized robot that will according to Reuters eventually aim to replace human crime fighters with machines and it will help identify wanted criminals and it will collect evidence and maybe also help you cross the street.

Kai: So we've seen pictures. It looks scary. It doesn't have a mouth so it won't argue with you.

Sandra: But it will sure scare the hell out of criminals.

Kai: It will scare the shit out of you.

Robot: I am Dubai Police Robot. How can I help you?

Kai: And that's all we have time for today. The Future, This Week will be back soon.

Sandra: Thank you for listening.

Outro: This was The Future, This Week, brought to you by Sydney Business Insights and the Digital Disruption Research Group. You can subscribe to this podcast on SoundCloud, iTunes or wherever you get your podcasts. You can follow us online, on Twitter and on Flipboard. If you have any news you want us to discuss please send them to sbi@sydney.edu.au. 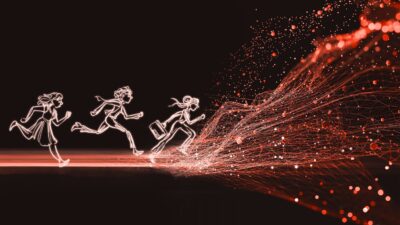