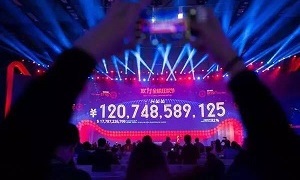 **As rights to this article belong to the original publisher, The China Daily USA, please contact them for permission to republish.**

Ever since Deng Xiaoping hit the gas pedal on China’s economic reform when he made his famous Southern Tour to Shenzhen in 1992, companies in China — big and small — have been looking for ways to better manage, develop strategies and capture value.

For the first 30 years of the People’s Republic of China, the country was organized under a planned economy. There was no notion of companies, shareholder value, management or strategy. So when China’s economic reform started and when entrepreneurs first emerged, they by definition would not have had any formal education in modern management or prior experience in actually running a company.

The rapid growth of China’s market and the emerging competition drove many of these entrepreneurs to look for ways to better plan and manage their businesses.

The first wave of management consulting firms and business schools came to China from the West in the early to mid-1990s, and brought along established knowledge, theories and frameworks. Chinese businesspeople were attracted to these new ideas as they searched for ways to help run their businesses better.

In the West, from the 1970s to 1980s, the notion of conglomerates was dominant. Companies like ITT and Tyco in the United States and Hanson Trust in the United Kingdom grew into large amalgamations of businesses, often across a range of unrelated sectors.

The notion was that “big is good”. After a while, the capital market decided that conglomerates were not such a good idea after all, because of the lack of synergies across the various businesses.

In 1990, Gary Hamel and CK Prahalad from the University of Michigan published an article called The Core Competence of the Corporation, focusing on this trend. They argued that well-performing companies compete based on their strengths, or what they called core competences or capabilities. This theory caught on quickly in the Western business community and became the governing thought for companies’ strategy formulations.

When management consulting firms and business school academics first came to China, they brought along these concepts and used them as guiding frameworks to advise Chinese clients. However, the Chinese executives, while intrigued, quickly came to the realization that something was missing.

While useful, these frameworks could not quite explain the overall context of doing business in China. The consultants and academics also quickly realized that business in China is somewhat different, although they could not explain exactly what the difference was.

In the meantime, the external operating environment was evolving fast, both in the world and particularly in China.

China’s fast economic growth, its gradual but consistent transition from planned economy toward market economy, the emergence of highly intensive competition in the open sectors, and the increasing prevalence of technology and the availability of angel investing and venture capital funds, all contributed to the emergence of waves of entrepreneurship and innovation in China that the country had not seen before.

In their search for growth strategies, these Chinese entrepreneurs were typically fast and agile. Some of them developed diversified conglomerates, and there were others that decided on a narrow focus, taking the core competence approach. The results have been mixed.

Interestingly, some of them, through trial and error, discovered a third way of strategy development. We call it “multiple jumping”.

When these entrepreneurs see new opportunities evolving, even if they do not have all the capabilities to fully operate the new business, they decide if they should jump over or not.

So far, some of the companies that have jumped have been successful in latching onto the new business sector. Often, they will repeat the process when newer opportunities turn up. When these companies jump, they try to fill their capability gaps either through their own efforts or by collaboration with other companies, or by using both approaches.

This multiple jumping approach to strategy is different from a conglomerate approach because, despite their involvement in multiple sectors, these companies generally keep their original heritage as their core.

On the other hand, multiple jumping clearly defies the core competence approach, because these companies are willing to enter new areas of business without having the expected core competences established.

So, this multiple jumping approach is another way to think about strategy beyond the conglomeration and core competence approaches. We call it The Third Way.

It provides another way for companies to decide how they should develop their business strategies in a fast-growing, discontinuous operating environment abounding with fertile opportunities.

A prime example of a company that has successfully adopted this approach is Alibaba, which has interests in industries including healthcare, the media and consumer finance as well as its core e-commerce business. Coincidentally, US companies such as Amazon and Google have also grown through this approach.

As China’s operating environment continues to rapidly evolve, innovation and entrepreneurship are thriving. Companies are looking for even more inspiration for growth. Many entrepreneurs continue to look at the West, especially at the US, for inspiration in technology, management and investment models. Some are also examining Chinese historical philosophies for guidance.

Today, in addition to a growing number of consulting firms, business schools and training companies in China, many corporations have also set up their own “universities” or “academies”. Business executives, successful or not, are eager to share their experiences in running businesses and some have turned into modern philosophers.

This article was originally published on the China Daily USA website. Read the original article.