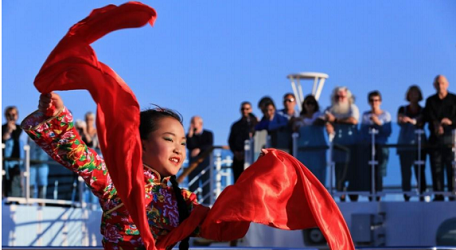 Edward Tse says Beijing’s vision for its ambitious Belt and Road Initiative involves more than just building good infrastructure and, despite the doubters, China has the means and commitment to spur inclusive growth for all.

With the rise of protectionism in the West, President Xi Jinping ( 習近平 ) has vowed his support for globalization through China’s “Belt and Road Initiative”. The recently held forum in Beijing symbolized China’s ambitious claim to global leadership, and the belt and road – which Xi calls a “project of the century” – serves as a critical pillar of his diplomacy.

The belt and road is China’s game-changing strategy for the world, and it will fundamentally alter the dynamics of world trade and geopolitics. None of it will be easy, however.

Some nations remain skeptical about the practicality and coherence of the large number of belt and road projects, while a number of critics have labelled the initiative a form of neo-colonialism. Some countries even refused to endorse this grand plan due to concerns about China’s commitment to social and environmental sustainability and transparency.

But what makes the belt and road potentially transformative is not merely the investment and technical infrastructure in the works, but, more importantly, the new values and philosophy that form the belt and road’s ideological framework. “The Silk Road spirit”, as Xi calls it, embodies the spirit of “peace and cooperation, openness and inclusiveness, mutual learning and mutual benefit”.

As one of the largest beneficiaries of globalization in the past several decades, China is trying to leverage its understanding of the needs of developing nations to transform their economy and improve the wellbeing of their people. Xi seems to be trying to build the belt and road based on soft power rather than brute force. Clearly, this is very challenging and perhaps risky. Nonetheless, it provides a vision of a new global order.

Historically, aid from traditional Western powers typically dangled economic development as bait to enforce Western political ideologies on the recipient nations. By contrast, the vision for the belt and road, according to the Chinese, is to form a “big family of harmonious coexistence” by turning the legends of the ancient Silk Road into a modern-day story of inclusive growth and global cooperation. This sounds a bit like a fairy tale, but the Chinese rationale is that the building of bridges and railroads in Central Asia and ports in Africa and South Asia will help these nations participate in the global economy to the best of their ability.

This is different than forcing any country to, in exchange for aid, conform to political behavior desired by the donor country.

The belt and road is China’s game-changing strategy for the world, and it will fundamentally alter the dynamics of world trade and geopolitics

In addition to physical infrastructure, the belt and road also includes building “virtual Silk Roads” in the form of cross-border digital highways. China already leads the world in many ways in e-commerce and other forms of digital business innovations. This aspect of the initiative offers major potential to all involved.

The belt and road presents significant opportunities for companies with headquarters in China, and also those in the rest of the world. Yet, most companies outside China have not yet fully figured out how to get involved or maximize the full potential of the belt and road. This is understandable, given the initiative’s complexity and lack of adequate clarity.

At this stage, many people put the emphasis on the tangible belt and road elements, such as the size and scope of the infrastructure, the total monetary investment, the large number of nations involved, and declare that this is an unrealistic mission.

Many pundits claim that the sheer size and China’s inexperience in managing these types of projects will lead to their eventual failure. There are definitely many challenges ahead, but one would expect that China has been learning from past experiences – good and bad – and has now a better sense of how to best proceed.

While many Chinese state-owned enterprises will be the vanguard of the belt and road, the private sector will also play a major role. Compared to state-owned enterprises, China’s private companies are in general more agile, market-driven and entrepreneurial. The belt and road could provide the very best private companies a platform to evolve and grow to become global companies.

So, what can we expect from the initiative? Over the next decade, we will see a major step-up in global connectivity, and China’s geopolitical influence is likely to continue to grow. China will continue its migration from the fringes of the world stage to the center.

If done right, the belt and road could provide the global economy with a necessary jolt for growth, lifting more people out of poverty and expanding the consumer class. Trade between European and Asian nations, for instance, could see an increase as belt and road infrastructure makes it possible for goods to be shipped more efficiently.

Given the initiative’s scale and complexity, one would expect some hiccups along the way, perhaps some pretty major ones. And, it is not a given that China can have all the tools and resources at hand to address every single issue correctly, at least not the first time.

Preconditions such as the continuous well-being of China’s domestic economy are also necessary.

China will learn and adapt along the way, but the longer-term objectives and direction should be pretty clear. The belt and road won’t be easy and its impact won’t happen overnight, but it will be difficult to dismiss China’s wherewithal to make it a success.

This article appeared in the South China Morning Post print edition as: Despite the doubters, China can revive ‘Silk Road spirit’. It also appeared online – read the original article.