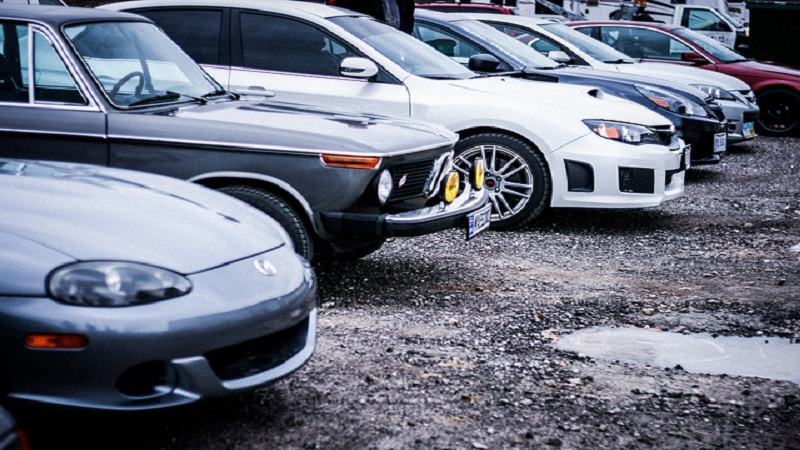 The self-driving car is often presented as the transportation technology of the future. Indeed, Google already had a fleet of 20+ self-driving vehicles that have travelled almost one million autonomous miles.

Tesla currently sells its Model S with the option of a pre-installed autonomy package. But there remain many physical barriers to these vehicles and, for the average driver, a lot of psychological ones too.

If these barriers are not overcome, the self-drive vehicle is destined for the same fate as the electric car, which has less than two percent of the market to show for 30 years of expensive research.

Of course, the self-drive vehicle has clear transport advantages to offer our congested cities. At 120km per hour, 12,000 fully autonomous vehicles (AVs) can travel in a lane every hour with only six metres of space; an increase of nearly 500 percent over human driving.

Shared AV services could also reduce the number of vehicles needed by around 80 percent. Fewer cars mean valuable CBD land need not be given over to parking.

AVs are also safer. More than a thousand people die on Australia’s roads each year and almost all accidents are caused by driver error; AVs can eliminate these errors almost entirely.

One final positive is the way that AV technology can better connect people to employment, services, family and friends and the local community because they can eliminate the need for car ownership and the associated costs.

On the other hand, the proliferation of sharing services has not resulted in a decline of vehicles on the road. The national vehicle fleet grew by more than two percent over the past year. Simply put, people do not like sharing.

If the full benefits of AVs are to be achieved, they must first overcome several psychological barriers, such as the primal human dislike of personal space being invaded. Will people be comfortable travelling with strangers in a vehicle they don’t own and can’t control?

At the heart of car ownership is the human need for protection and security and freedom of movement, unconstrained by others. Will owners of AVs allow their car to be used by people they don’t know for unknown purposes? Will people accept the reduced flexibility of sharing a service compared to solo driving? Will people travel in a digital vehicle that could be hacked, tracked or fail spectacularly?

There is probably a good reason why Google, whose business model is predicated on data, want to own the means by which you travel.

The connection between car ownership and the human psyche is ingrained. Cars are objects with which people identify and personalise, inside which they feel safe and in control. More fundamentally, cars can be sex symbols, representing (perceived) status, confidence and virility.

AVs also need very clearly defined road spaces on which to operate. Roads in less than perfect conditions have already confused the semi-autonomous Tesla. Australia has an estimated $47 billion worth of road infrastructure in poor condition.

Additionally, Sydney and many other international cities have large numbers of narrow streets and follow more organic paths constrained by geography, whereas the outback has dust and debris, none of which is conducive to seamless AV navigation.

Furthermore, there are questions around the ability of our national network to cope with an enormous leap in data demanded by AVs, despite the $56 billion NBN rollout.

There have been 11 accidents involving the Google vehicles and none have been caused by the AV itself; most having been rear-ended by other drivers. But while the AV may not have been responsible, nor did it move quickly to seize a small gap in traffic or accelerate to get through a yellow light as a human driver may have done.

This lack of human-like behaviour confuses human drivers who, unlike computers, take risks as well as anticipate the future. We could separate automated vehicles from human-driven ones, but separating traffic streams will be costly.

Perhaps the most vexing issue with AVs involves crash avoidance algorithms. Firstly, can they differentiate between people and other objects, such as kangaroos? For example, imagine you are travelling in an AV and a pedestrian steps off the pavement unexpectedly.

Hitting the pedestrian would almost certainly kill that individual. Swerving into oncoming traffic may be less likely to kill you but could leave you seriously injured. How a choice is made or the process via which outcomes of different events are speedily calculated is unclear. How comfortable will people be in allowing their fate to be determined by a machine? Moreover, who is responsible should an accident arise and who should carry the burden of insurance – the driver, the owner, or the manufacturer?

The first accident involving an autonomous vehicle occurred when the vehicle’s sensors system failed to distinguish a large white 18-wheel truck and trailer crossing a highway. It has been argued the accident could have been avoided and that drivers must remain responsible for the actions of the vehicle, but the requirement for the driver to remain alert would significantly erode any benefits offered through autonomy.

While AVs have many benefits there are immediate physical barriers that will be expensive to overcome. While less costly, there are also complex psychological factors that may be more of a barrier in the longer term.

However, with Google and even Apple involved in the development of AV technology, it’s hard to imagine them not being part of our transport future. Indeed, Elon Musk has done a lot to make the electric vehicle sexy, at long last.