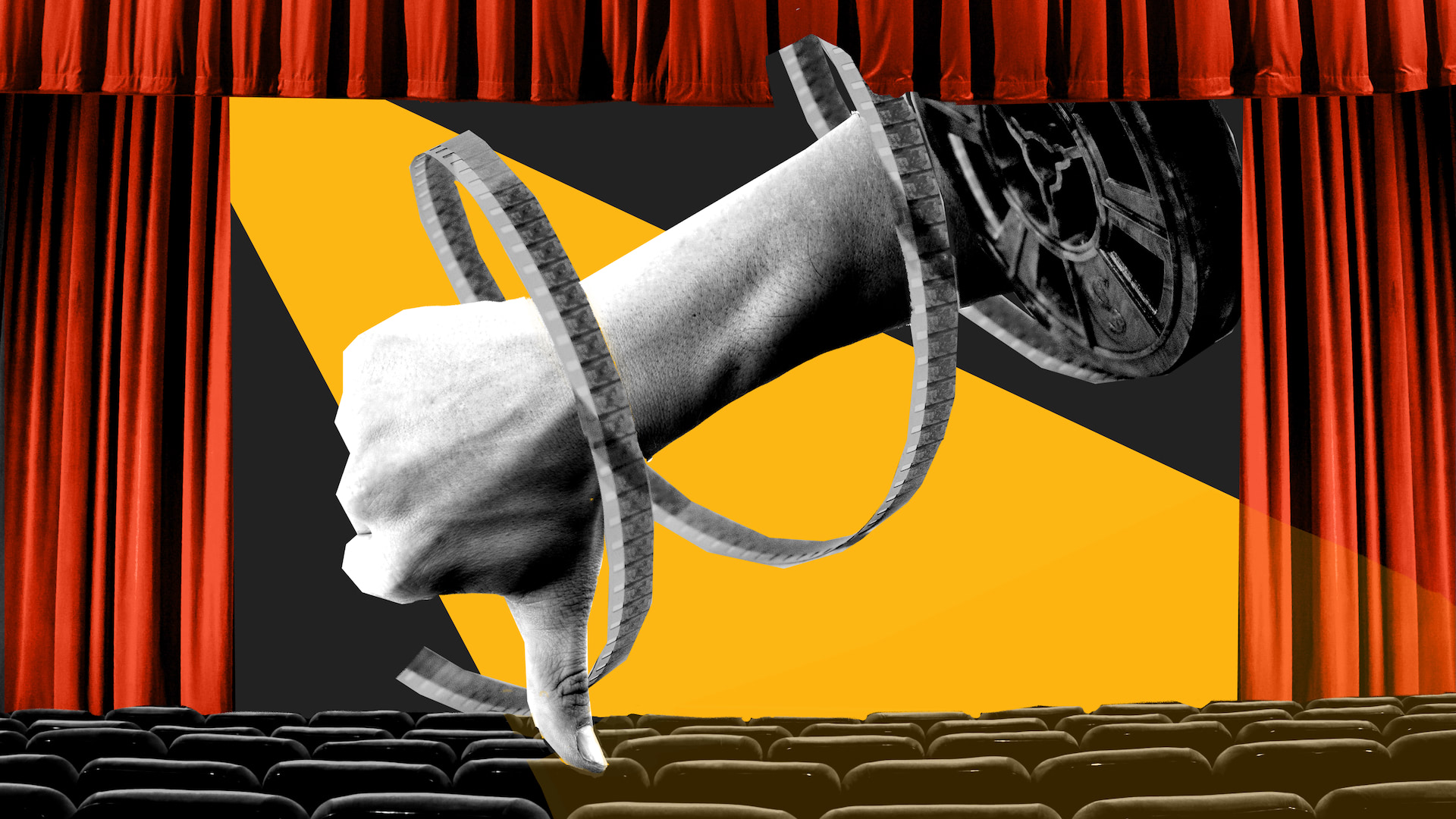 Billions of dollars are bound up in blockbuster film productions that have been completed but cannot be released as cinemas have gone dark due to COVID-19 lock downs globally. Pressure now mounts for studios to recoup some of their cost through early releases to the small screen, often through their own streaming services. This might have lasting effects for film distribution and the future of the cinema experience.

For example, movies such as Top Gun: Maverick, Wonder Woman 1984, Marvel’s Black Widow, or Disney’s Mulan are all awaiting their first screenings. In the pre-Corona world movies would always see the light of day at the cinema first, with a well-spaced release window before they make their way to DVD or the TV screen. But these are not normal times. Streaming services all have seen between 20-30% jumps in viewership during the first few weeks of the crisis.

Thus, the pressure for film studios to unlock the millions or even billions of production capital tied up in already filmed but unreleased movies is now mounting. Yet, if studios were to decide to collapse the release window and put these blockbusters straight to the small screen, such as through their own streaming services, this might have lasting effects for the future of film distribution and the survival of the cinema experience.

The film industry is a major industry globally, with blockbuster films costing well over a US $100 million and the industry itself had been projected to break $50 billion by the end of 2020. This is clearly not going to happen now. The current crisis has reduced US box office to zero and yet TV shows are experiencing some of the best ratings results in years. Does this mark the death of cinema chains and of the night out at the movies?

The economics of film production

Most people think of film economics in terms of their published budget and their US box office revenue, but those two often-quoted metrics hide a much more complex financial picture. The film industry is a very complex industry, where films cost much more than their budgets to make. It is not uncommon for the marketing budget for a blockbuster film to be equivalent to the cost of making another whole film. If one looks at the advertising in the world’s most expensive TV show, the American Superbowl, a vast percentage of those highly expensive Ad spots are trailers for films. This is driven by the desire to have a strong opening weekend box office revenue. Similarly, the actual theatres keep a high percentage of the movie ticket price you pay, yet they make most of their money from the Candy bar. The industry relies on cinema box offices receipts, but the studios make equally vast amounts of revenue from digital, streaming and television sales.

The US is only the third largest cinema market after China and India, but the impact that a strong box office opening can have in establishing a film as a hit casts a bright light over its overseas revenue and possible online revenues.

Normally, the US summer is blockbuster season when the studios make most of their revenue. 40% of the studios’ annual revenue comes from films released between May and August. That season is now decimated. All the major planned releases, from Top Gun: Maverick, to WonderWoman 1984 and Black Widow, have all been delayed to the end of the year or postponed to next year. These films cost hundreds of millions of dollars. For example, Mulan is said to have cost between US$290–300 million, and it was pulled even as press screenings were starting last month. With the vast amount of capital locked up in these finished films, there is enormous pressure to get them into cinemas, but only if audiences will turn up. When China recently re-opened its cinemas, audience were reluctant to return, before the Government re-closed them again anyway.

The release window is changing

Until recently, releasing blockbuster films direct to video was not a viable option, the loss of potential cinema revenue would have been enormous. Only when movies flop would they make it to video early, and no one wants their movie labelled as such. Moreover, a steadfast distribution rule dictates an exclusive release window between when a film premieres in cinemas and when it can first be streamed or downloaded. Cinema theatre owners’ profits depend upon attendance and therefore benefit from keeping a movie available on their screens.

But the release window duration has been under pressure for years, especially with the loss of major DVD sales. And yet, collapsing it all together would have been unthinkable two months ago. But simultaneous releases at Cinemas and streaming does offer advantages to both consumers, and the streaming services are under no obligation to publish statistics on the success or failure of any film, but that alone was not enough to collapse the release window embargo.

Cinemas chains are now dark and closed down, and there are also no productions currently filming, in either feature films or television. The sound stages are empty and the post-production and visual effects companies are struggling to complete vastly complex computer visual effects productions, with their staff all working from their bedrooms and kitchen tables. There is a pipeline of already filmed projects, but this is fast running out.

All eyes are on the small screen

At the same time, the television industry is faced with an exceptionally complex problem. The major drawcard to attract television audiences to Network television is Sport and then Reality TV, neither of which are being filmed. The professional sports codes have stopped and the Housewives of Bravo and the unwed Bachelors must all battle with each other without the aid of camera crews turning it into Reality TV.

But with little else to do, audiences are watching much more TV, and seeking out anything to entertain their locked in boredom. Some episodic TV shows that still have new episodes yet to air are seeing 20% to 30% jumps in viewers, representing millions of eyeballs, with almost no other competition, other than online gaming (which is also up dramatically).

And while Network TV is built on reality and sport, the streaming services are not, they are built on series, comedies and dramas. It is for this reason that Disney, with its Disney+ offering, and other streaming giants find themselves with a growing audience demand, little in the way of competition and a cupboard full of premium quality film inventory, while Pay TV providers such as Foxtel are suffering.

Disney alone has Marvel movies such as Black Widow, family epics such as Mulan and new potential franchises such as Jungle Cruise with the Rock, Dwayne Johnson – perhaps the most bankable international star in cinema at present. The pressure to unlock the millions or even billions of production capital tied up in finished but unreleased films must be intense, and only growing week by week. We can expect that something will have to give, and we might see some of these productions on the small screen faster than usual.

Cinemas – a thing of the past?

As for cinemas, the future is unclear. As the crisis continues, it may cause a collapse of the theatrical window, which in turn would almost certainly drive many already stressed cinema chains into liquidation. The dominos would fall and a night out at the movies could go the way of the fax machines and phone booths. It is now more than likely that one of the casualties of CORID-19 will be the cinema experience of popcorn and a night out watching a movie, at least as a mainstream activity.

Read the update to this insight: 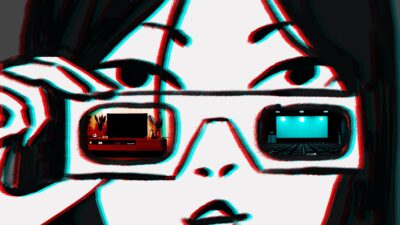 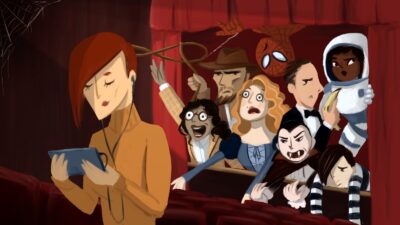 Without new films, audiences and revenue, will there be any cinemas remaining to show films by 2022?