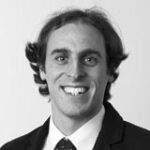 Dr Adrian Ellison is a Research Fellow at the Institute of Transport and Logistics Studies at The University of Sydney Business School. Adrian's speciality is in collecting, processing, combining and making sense out of very large datasets with a particular emphasis on spatial (geographic) data. 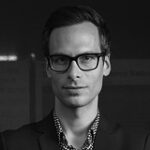 Dr Martin Tomitsch is an Associate Professor in Design and the Head of Design Lab at the University of Sydney, where he teaches interaction design and human-computer interaction. He is the Director of the Design Computing program and a member of the Design Lab, an interdisciplinary research group within the Faculty of Architecture, Design and Planning.

One pedestrian is killed every two days on Australia’s roads, the majority in metropolitan areas. While advances in safety systems and technology over past decades have greatly improved driver and passenger safety, there has been relatively little new technology to ensure the safety of pedestrians. Even current innovations to improve pedestrian safety are still designed from a car-centric approach.

In many places walking is significantly more dangerous than travelling by car, despite mostly separated facilities and slower speeds than any other mode of travel. Worldwide, more than 270,000 pedestrians lose their lives on roads each year – 22% of all road traffic deaths.

Improvements in pedestrian safety are mainly byproducts of driver-focused policies such as random breath-testing and speed cameras. No doubt these reduce pedestrian fatalities, but are we relying too much on driver behaviour when a significant proportion of drivers are unwilling to change?

Despite 34 years of random breath testing in New South Wales, 12% of crashes in the state’s cities involve alcohol. Speed cameras have been in use in NSW for 25 years, but 33% of crashes in cities still involve speeding.

In spite of efforts to increase walking, Australian cities continue to be built with cars, rather than pedestrians, in mind. Australia is attempting to update traffic lights, which have shown little innovation since first introduced in the US in 1912.

Trials of countdown timers are underway at major Sydney CBD crossings, such as Elizabeth Street in Sydney, and throughout Brisbane. But this technology is only exacerbating the problem. By encouraging people to make a “run for it” across an intersection, they put themselves at greater risk of an accident.

Neither the technology nor pedestrians are to blame for this. The issue is that these initiatives still take a car-centric perspective: they prioritise a rapid clearing of the road so cars can pass.

What matters to pedestrians is how long they have to wait until they can cross the road, but their needs are often treated as an afterthought. As urban populations continue to grow and age, it is critical to put people before cars.

Understanding people’s behaviour and needs is at the heart of designing technology. It’s what has led to new products and services that are disrupting industries and transforming our lives – whether it’s booking a hotel, catching a taxi or watching TV. But the roll-out of costly road safety systems seems to be lagging and ignoring this important principle.

Instead, we blame people for texting while crossing roads as the cause of pedestrian fatalities, despite a lack of crash data to support this. Evidence from hospitals suggests talking on a mobile or listening to music is more dangerous for pedestrians.

Even then, it must be recognised that pedestrians die due to collisions with vehicles, not each other. Any safety solution must consider the way all road users interact with each other and infrastructure.

The car industry is slowly taking on this challenge by trialling new sensors that automatically stop the vehicle when approaching a pedestrian.

Safety systems that focus on the people around the car will become even more important as we move closer to a future of autonomous vehicles. Audi’s driverless concept car achieves this by using a display behind the windscreen that lets onlookers know that the car sees them.

New sensors collect data about conditions and the movement of people and vehicles in cities. In 2014, Chicago announced it was installing 40 sensors, with plans for 1,000 over the next few years. In Australia, Melbourne has been installing and testing pedestrian-counting sensors since 2012.

At the same time algorithms are being developed to make sense of the massive amounts of data being collected and to assist cities in their decision-making and planning processes.

However, these systems are mostly designed for city and government authorities, instead of making data available to those using the city infrastructure. The technology exists to extract information from these data sources and transmit them in real time to whomever and wherever it is needed, but has yet to be utilised.

A recent hackathon at the University of Sydney, held in collaboration with the NSW government’s Data Analytics Centre, demonstrated the growing interest in finding solutions to pedestrian safety.

The data is there, but we need to identify and test solutions that bring a direct benefit to pedestrians. For example, it may be possible to warn drivers and/or pedestrians of an impending collision, recognising that all people make mistakes.

We require a more detailed study of which digital solutions will make our roads and cities safer. It’s important to understand people’s needs before rolling out these technologies on a large scale – whether it’s countdown timers or traffic lights embedded in the road.

Unpacking the gig economy impact on The Future, This Week

This week: as the world sets out to regulate gig work, we look at its surprising consequences and wider impact.

A better deal for Uber drivers in UK, but Australia’s gig workers must wait

Uber has been forced by the UK courts to treat its British drivers as workers. It will probably require legislative change for Uber's Australian drivers to be treated as employees.

The creator economy and mixed realities on The Future, This Week

This week: What Roblox teaches us about the creator economy and we’re talking about AR and VR yet again.

NFTs and Gamestop on The Future, This Week

This week: we discuss how digital ownership through NFTs creates value and new kinds of assets, and what the GameStop saga reveals about new forms of spontaneous digital organising.

If the historical data used to train an AI system disadvantages certain minority groups, the system can be swayed to follow these patterns in its own decision-making process.

Facebook and the media code on The Future, This Week

This week: we’re back with a breaking news special as Facebook goes nuclear, banning all news from its Australian platform.

Business models and big tech on The Future, This Week