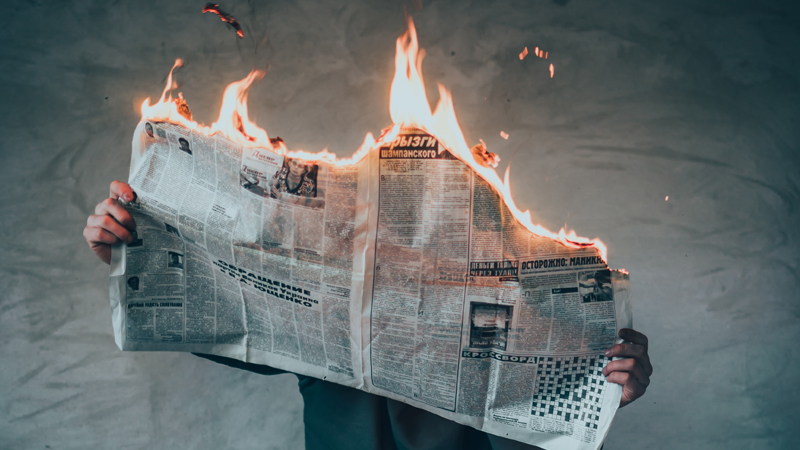 The term ‘fake’ gets flung around with increasing frequency. There is fake news, fake videos (deepfakes) and even cheap fakes.

Sorting fact from fiction is not a competition sport: understanding what the tech can – and can’t do – empowers us to make better judgments in the face of literally endless information.

Here are some of our most popular fake podcasts.

“The food at this place is unreal”: How a fake restaurant made it to #1 on TripAdvisor.

When professional online reviewer wanted to test the integrity of TripAdvisors’ algorithm he started with a few friends posting rave reviews of his non-existent restaurant. It took just 104 reviews from a scattering of friends and 6 months for the non-real The Shed to be listed as London’s most desirable restaurant according to the biggest, most trusted website for restaurant advice.

But wait – there’s more: How fake reviews can destroy a real restaurant.

And journalism by algorithms – from market updates to sports and politics. Increasingly the news you read has been generated by an algorithm. See above for why this is problematic.

Humans are hard-wired for fakery

Alan Denis took a look at what happens inside the human brain when we read fake news. Professor Denis, a technology researcher, stuck EEG headset on the skulls of his subjects and found their brains lit up when they read headlines that supported their views – and went dark when they read news that opposed their pre-existing beliefs.

Turns out we want to be seduced by fake news if it flows with our own bias. But if we are drowning in a sea of misinformation, what creates that bias? Hello Facebook algorithm.

Puppets reading the news in multiple languages – are they for real?

Yes, they are. News reading is a mechanical task and News Reader Bots are already being tried in 24-hour newsrooms in China. But News Bot Adam and Evie will not be capable of delivering analysis, context or any presentation requiring intellectual processes. The tech can’t do that.

However things start to get murky pretty fast in the AI voice space: Famous people (Trump, Obama, Zuckerberg) saying stuff they never really did – a clear and present joke, right? But the same technology that can puppeteer a famous voice is easily employed to make any of us appear to be saying anything ‘they’ want.

And the switch is undetectable.

Digital humans – the next species?

Highlights from our recent Vivid Ideas panel featuring the latest in digital human technology. Cutting-edge labs are using AI to create ‘picture perfect’ digital humans, visually indistinguishable from real people. Now this tech is escaping the lab and becoming something anyone can run on their smartphone.

These digital humans will look like us, talk like us and increasingly interact with us. What sort of life will AI humans have – and how will living every day with AI humans change us?