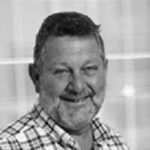 Trevor has had a distinguished career in both journalism and corporate PR. He worked at the ABC for two decades. A Walkley Award winner, he was ABC correspondent in Canberra, New Delhi, Sydney, Bangkok, Beijing, Port Moresby and Singapore. He also served as Executive Producer for AM and was Head of ABC Radio Current Affairs.

“They make statements about the character and status of their owners,” a US magazine once said of the motor car. “They are loved, polished and pampered and they elicit a wide range of emotions, ranging from exasperation when they don’t work to pure delight when they are expensive, beautiful and drive like a dream.”

“You don’t buy a car like you buy a refrigerator,” says Carlos Ghosn.

“It’s completely different logic. Most people buy cars they don’t need, are much larger than they need and more powerful than they need. Car buying is not rational, it is emotional.”

As Chairman and CEO of the huge Renault–Nissan alliance and Chairman of Mitsubishi, Brazilian engineer Ghosn understands this universal affection car owners have for their vehicles, and how that affection is shaping the future of motoring.

Our sometimes ‘irrational’ love affair with the motor vehicle will drive record global sales this year of 95 million units, many of them to first time buyers in the developing world.

“So you have a huge mass of people who have never owned a car, and for them buying a car is a great event; it’s going to transform their life – social life, professional life, educational life,” says Ghosn.

Beginning in the early 2000s, Ghosn has taken a stable of ailing manufacturers and turned them into a vehicle industry group that now controls 10 percent of the world market. His management style has earned him a range of descriptors, from “Le cost killer” to “Mr Fix it”.

He has also been described as the world’s “Most Successful Transnational CEO”. In recent years he has been acknowledged as a driving force – pun intended – behind the development of electric cars.

As he chatted with the Dean of the University of Sydney Business School, Professor Greg Whitwell, in front of a Sydney Ideas audience, Ghosn was keen to dispel the myth that in the fast-approaching world of autonomous cars, robo-cars and moving personal spaces, people will spurn personal vehicle ownership. “You need to see the ceremony around buying a car in China, or buying a car in India, or buying a car in Russia, or buying a car in Brazil,” says Ghosn. “It’s a huge event, buying your first car. You know that China today is the largest car market in the world, and 70 percent of buyers in China are buying a car for the first time.”

While commuters and environmentalists alike may be looking forward to some kind of technology-driven respite involving travellers sharing cars and services, Ghosn is predicting a continued expansion of the car industry and of car ownership, and an explosion in the use of cars as they become more ‘connected’.

Many of the vehicles sold by Ghosn’s alliance are already capable of driving themselves. “This is not Star Wars technology,” he says. “It started in Japan, actually. We’re selling an option of autonomy, and what’s interesting is that 60 percent of the people are buying this option. There is a lot of interest from the public. So autonomous cars are coming.”

The explosion in car use will come as autonomy transforms the vehicle from a transportation device into what Ghosn calls a “personal mobile space”.

“Today when you’re in a car, hands on the wheel, eyes on the road, that’s it. Usually people stay an average of two hours in the car every day. For at least two hours, they can do nothing else. Now with autonomous driving and connectivity, you’re going to be able to do a lot of things. So this time becomes more productive and pleasant.

“When you have autonomy, you’ll be able to videoconference, see a movie, store data, consult, do a lot of things,” he continues enthusiastically. “That’s why you have companies like Apple, Google, Uber, all interested in the car business – not because they want to become car manufacturers, but they want to have a piece in the transformation of the product.”

Ghosn insists on explaining just why tech companies have little interest in manufacturing cars. This gives the man described by Forbes magazine as “the hardest-working man in the brutally competitive global car business” an opportunity to talk about the nature of his industry.

“Tech companies are immensely profitable,” he explains. “They don’t want to go down. At Renault–Nissan Mitsubishi, we have 480,000 people; we invest every year 15 billion dollars and when we’re very good, we make a 7 or 8 percent margin. You look at the margin of Google or Apple; these guys don’t take anything less than 40 percent. At the end of the day, moves are managed by business people and business people follow the margin.”

Ghosn believes that autonomous cars will be well established in the market by 2021–22, but says we will have to wait a little longer for driverless cars, which he calls “robotaxis” and describes as “a whole different ballgame” because “obviously the technology has to be a lot more reliable. There is nobody in the car, and reliability is a really serious problem.” Ghosn says most of the interest in robotaxis is coming from the commercial sector – from taxi companies, Uber and delivery firms that see driverless cars as an inner city transport solution that can operate 24 hours a day, obey all the road rules and not make mistakes.

“You see a lot of car makers presenting prototypes, and actually I’ve driven a robotaxi in our technical centre. I didn’t do anything – I was just sitting – and it took me everywhere, it stopped at the red lights and it got me onto the highway, everything by itself,” Ghosn says.

Of course, the idea of autonomous cars and driverless robotaxis travelling across town while their passengers watch a movie is a lot for the less than technically perfect human mind to contemplate.

There are a lot of questions here. How reliable will these vehicles be, and how easy will they be to maintain? It’s highly unlikely that a piece of fencing wire will do the trick, as it once did. Will they be safe and, at the end of the day, are robots just taking over?

Ghosn has no trouble answering these questions. “I know a lot of people are saying artificial intelligence is going to take over the world and human beings are not going to be able to work, but this doesn’t stand for one minute of analysis,” he says, explaining that the reason is very simple: “Artificial intelligence, computers, they follow instructions from people.”

As for safety, Ghosn points out that 90 percent of car accidents result from human error. “The computer doesn’t sleep. It doesn’t drink. It doesn’t tweet. These are the reasons there are car accidents.”

He does admit, however, that there are still bugs to be ironed out on the safety front. As an example, he points out that in his native Brazil, nobody stops at a red light after 11pm.

“There are a lot of security problems, and if you stop at a red light after 11pm, the chances are that somebody’s going to come and rob the car from you.