Border closures and other mobility restrictions were one of the first measures taken by nation states across the world in response to the spread of COVID-19. They remain today one of the few interventions that are widely credited with restricting the spread of the virus.

Globally, even political parties and campaign groups that are traditionally enthusiastic about global mobility have largely accepted that it is currently expedient to restrict it. Some countries, including Australia and New Zealand, have already publicly asserted the need to maintain the strictest of border controls for many months, possibly until a vaccine or other medical response to the virus is discovered.

At present, these decisions have largely been made in the absence of a serious public debate about the potential negative consequences of such restrictive migration practices. Such issues are, however, likely swiftly to become unavoidable, as a series of interconnected crises emerge. These include both the severe difficulties faced by migrants and potential migrants in many countries across the world and the challenges that will likely accompany efforts to re-establish social and economic stability in countries with long traditions of far more extensive immigration than now appears likely. Indeed, if we wish to emerge stronger and fairer as a society after the pandemic, then getting migration right will be crucial.

Policymakers, commentators, community groups and campaigners, therefore, need to turn their attention quickly and effectively to these issues. In order to assist them in doing so, therefore, the Sydney Policy convened a small group of internationally respected experts in the politics and practice of migration and asked them to identify the key issues to which attention should turn.

This short policy paper is the result. We put these experts’ views forward in the hope that they can both guide the reflection of those confronted with the need to make immediate decisions and stimulate widespread discussion about the best way in which to take Australia and other countries forward both in the immediate crisis and in the longer term.Five defining themes for migration policy and COVID-19:

The collapse of the labour market in many countries confronted with COVID-19 has left many migrant communities particularly badly exposed, but they face a double penalty. These difficulties are exacerbated by the fact that migrants tend to be overrepresented in particularly vulnerable sections of the workforce, including in precarious or informal employment and by past and current decisions in many jurisdictions to exclude many – though not all – migrants from existing social security systems and recently established emergency support payments. We expect this to result in significant inequalities over time and we note that even in relatively wealthy societies such as Australia, there are some migrants, including a number of international students, who are only saved from destitution by the charitable endeavours of non-governmental institutions. Further, this hardship will severely reduce the capacity of migrant workers to send remittances to their countries of origin, increasing the economic impact of the pandemic in particular in developing nations reliant upon them. We urge all governments to take swift and effective measures to remedy these difficulties.

2. Vulnerability to higher rate of infection and mortality

Within some countries we have witnessed a radical difference in the rates of infection and survival among certain migrant and other ethnic and racial minority communities when compared to the overall population. Not all of the sources of this difference are yet understood. Working conditions and the feasibility of distancing measures in sectors where migrants are overrepresented, such as food supply, construction and social care, will likely be part of the underlying reason. It is incumbent on public authorities to continue to pay close attention to these surprising inequalities and to put in place effective measures of mitigation. Conditions are potentially even worse for refugee and migrant communities who are confined to detention centres or camps. Facilities such as these where people live in close and constant proximity with each other are widely acknowledged to contribute to extremely high levels of infection and heightened levels of mortality. It is advisable for governing authorities to avoid detaining people in such circumstances at this time.

3. Visa rules and patterns of migration

Given the quick closure of borders, many migrants internationally have found themselves unable to leave countries at the end of their current visas or forced into the labour market in ways that their visas currently prohibit in order to survive. There is a real danger that if these processes are not properly managed by the authorities, they could lead to the rapid expansion of the number of people living effectively as undocumented migrants in their host country, with all of the real risks to their long-term wellbeing that this demands. In the longer term, it is also clear that many, if not most, of the established visa programs within countries like Australia will need to be redesigned, with a new balance struck between the rights and experiences of potential migrants and the requirements of public health. These will quickly become pressing concerns, especially in cases of refugees, asylum seekers and those attempting family reunification, and governing authorities must move rapidly and justly as they attempt to respond.

As countries begin to transition out of lockdown and seek to start the long process of economic recovery, the potential opening up of migration will quickly assert itself as a primary political question. Although many countries, including Australia, will try to maintain border closures as they continue the battle against the virus, they will also rapidly note their economic dependence on significant immigration. This dependence comes in the form both of labour supply for crucial industries, including paradoxically health care, and of demand for goods and services. Traditionally the economically most valuable migrant work has been understood as salary- and skill-related, but the pandemic has highlighted the inadequacy of such understandings, revealing just how dependent societies are on care work and seasonal work often contributed by migrants. As yet, there has been very little informed public debate about these economic consequences of radically diminished migration. It is vital for the economic health of countries seeking to recover from the impacts of the virus that such discussions begin as soon as is possible.

Underpinning all of the above concerns is a larger cultural concern about the kinds of society we want to be in the near future. Since the first reports of COVID-19 in early 2020, many countries have reported a worrying uptick in racial hatred and xenophobic attitudes. People of Chinese and Asian descent have been particularly targeted, but other groups have also felt themselves to be increasingly at risk. History tells us that these concerns are likely to deepen in the months to come. Conventionally, periods of pandemic and of border closure are accompanied by prejudice towards “outsiders”, who are unfairly blamed both as carriers of illness and as threats to economic stability. The misinformation and distrust that this prejudice begets also erode our ability to build and maintain the social capital needed to sustain distancing measures and implement vaccination programs. Pushing back against these tendencies will require a sustained effort both within nation states and at the level of global governance. That effort has yet to begin in any significant way, and we call for a quick and effective increase to challenge racism and xenophobia from the public sector in particular, and from the private and charitable sectors as well.Applying these ideas

None of the themes above are designed to generate specific, individual policy responses. They are intended instead to act as a set of criteria by which such proposals for such responses can be judged and debate initiated.

This was prepared with the help of University of Sydney experts brought together by the Sydney Policy Lab, including Dr Madhan Balasubramanian, Associate Professor Anna Boucher, Professor Stephanie Short, Professor Marc Stears and Professor Tim Soutphommasane, supported by Professor Desmond King at the University of Oxford. These experts are available to assist policymakers, community leaders and others with these discussions and eager to play a part. Please contact policy.lab@sydney.edu.au for more information.

This article was originally posted by The Sydney Policy Lab. Read the original. 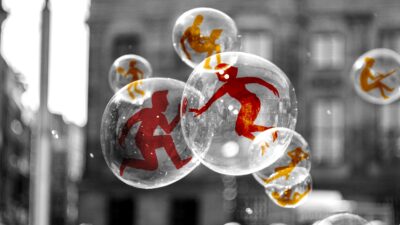 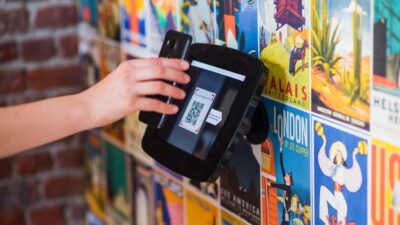 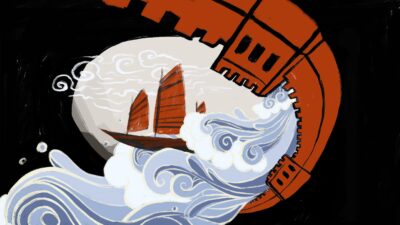