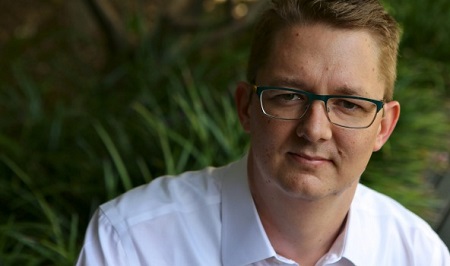 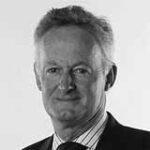 Tony Boyd writes on business, markets, personal finance and news. Based in AFR's Sydney newsroom, Tony has more than 35 years experience as a finance journalist and is known for writing The Australian Financial Review's Chanticleer column.

There is no better way to respond to an overused four-letter acronym than to create your own, as Kai Riemer did at the first BOSS Emerging Leaders networking event for 2017. In front of about 220 people in the Ivy Ballroom in Sydney, the technology professor from the University of Sydney Business School said it was time to move on from the term “VUCA”.

This military acronym, which stands for Volatility, Uncertainty, Complexity and Ambiguity, proved to be a useful starting point for a sometimes fiery panel discussion about the impact of technology disruption.

Riemer was joined on the panel by the “dame of drones” (and BOSS Young Executive alumna) Dr Catherine Ball and The Smith Family chief executive Lisa O’Brien.

The 90-minute panel discussion covered many topics, including the skills needed by leaders of the future and how to bust through the bureaucracies holding back some of our largest companies.

Riemer reminded the BOSS audience that the term VUCA has sometimes been used to reinforce the orthodox thinking about technology that pervades Silicon Valley. He says we should not succumb to a blind belief in technology but keep an open mind.

He was particularly scathing about those who celebrate algorithms and machine learning as silver-bullet solutions for higher productivity. He said the core problem with the use of algorithms in business is they can lock an organisation into legacy structures and outdated ways of thinking.

For example, an algorithm used in human resources could be relied on to accurately identify candidates that had been successful in the past. But hiring more of the same would probably compromise diversity and be detrimental to an organisation trying to respond to change.

Is it time to replace Silicon Valley with Shanghai?

Riemer’s perspective on technology appears to challenge the thinking that underpins the current wave of “director tourism”. This involves boards of directors from leading Australian companies making annual pilgrimages to Silicon Valley to absorb the wisdom of executives from big US tech firms.

Chook Roast believes it would be far more stimulating if boards followed the lead of REA Group, which held its board immersion in China in late May. After all, China is the most mobile-connected nation in the world and the future of business is all about mobile.

So how did Riemer encourage the emerging leaders at the BOSS event to think outside the square? He summed up his approach to technology disruption with the acronym SLAC, which stands for Sense-making, Learning, Agility and Creativity.

During the Emerging Leaders panel discussion, Riemer said it was crucial to ask questions to make sense of change.

“It’s important to keep learning new skills and question your own assumptions. Creativity is the only way to approach the future”

Riemer says the world has become so complex it is not possible to fully comprehend and break down problems. That demands an agile approach.

Of course, agile thinking is the new black in business. But in Chook Roast’s experience, few have been able to define what it really means.

Riemer believes agile is, first and foremost, a set of values. “Agile is about trust in self-organising teams and not micro-management.”

“It does not compromise on quality or time of delivery, but remains flexible regarding the project’s scope. Rather than planning exactly what to deliver, it is about iterating towards a good solution. It’s a good approach when the exact outcome is unknown or unknowable.”

The most recent high-profile implementation of agile in Australia is at ANZ Banking Group, which wants to use it to improve customer service. ANZ chief executive Shayne Elliott said it was also about breaking down bureaucratic walls.

“The use of agile will mean a much less hierarchical ANZ, one built around small, collaborative, self-directed teams focused on delivering continuous improvement in the customer experience,” he said in early May.

During the panel discussion there was a focus on the issue of bureaucracies in business. But instead of looking at why bureaucratic processes suffocate innovation, the panelists talked about how to cut through red tape.

Riemer says bureaucracies are useful in stable environments with a focus on managing compliance and risk. But when faced with disruption there is a tendency for managers to fall back on rules to avoid taking risks.

“The problem with bureaucracies is that they crowd out trust and trust is the basis of agility. By learning to follow the rules we literally forget how to trust each other.”

Rights to this article belong to the original publisher, AFR BOSS Magazine, please contact AFR for permission to republish. Read the original article.