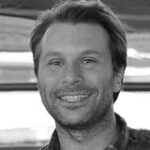 Marco Gervasi is Executive Director of Red Synergy Business Consulting and the author of "East Commerce: A Journey Through China E-commerce and the Internet of Things”.

Edward Tse and Marco Gervasi say the country, once derided as good only for producing fake products, is today producing leaders in innovation, becoming a model for others to follow.

For a long time, Chinese companies have been known for copying market-proven products, brands and business models from the West and adapting them for the local market with only minor modifications. Such a phenomenon is known as shanzhai, a Chinese term that was originally used to describe a bandit stronghold outside government control. In today’s slang, it refers to businesses based on fake or pirated products.

Shanzhai has been prevalent in China in recent decades and this has earned China the reputation of being a “copycat nation”. Western media report that China’s preferential policies and regulations to restrict market access, such as the the “Great Firewall” in the internet industry, and the lack of intellectual property protection, give Chinese companies an unfair home advantage to create copies.

Yet, the by-product of such protectionism has been the development of a unique innovation ecosystem. The innovation brought about by China – an evolutionary approach on a mass scale – is different from that in the West, and it is influencing both emerging and developed economies.

While shanzhai is common across a range of products and services, it is particularly prevalent in the internet sector. Chinese internet companies are often compared to their Western counterparts based on the similarity of their business models. For example, Baidu is known as the “Google of China”, Alibaba as the “eBay of China”, and Xiaomi as the “Apple of China”, just to name a few.

What is usually neglected in these comparisons is the underlying context in China that gave birth to these companies and how they have evolved. For example, though Alibaba adopted an eBay-like model in its early years, it has gone through so many changes that, today, its business model can best be described as a combination of the models of at least three internet titans – Google, eBay and Amazon. In fact, the success of many Chinese companies, across sectors, has depended on their ability to evolve and adapt foreign ideas for the mass market. This form of evolution, with continuous micro-innovations, is touching the lives of hundreds of millions.

Another example is Tencent, which launched WeChat in 2011, a simple instant messenger mobile application that gradually evolved into a global “super app”, with one-stop hybrid features of Western models such as WhatsApp, Facebook, Instagram, Skype, Uber, Tinder and others. Today, WeChat has 846 million monthly active users worldwide.

Largely due to the success of WeChat, Tencent expanded into other innovative business models in social networking and mobile gaming. Tencent now leads in the world in terms of mobile app monetisation. The recent developments of Facebook Messenger, WhatsApp and Kik Messenger have shown a clear reference of WeChat’s strategy and functionalities.

Besides Tencent, there are also a number of areas where Chinese companies are ahead of the rest of the world, such as in the emerging industries of internet finance, new social media, artificial intelligence, virtual reality, augmented reality and intelligent transport. Justin Kan, founder of Twitch.tv, a US-based video game broadcasting platform that has been acquired by Amazon, said: “Like everybody wants to know what is happening in Silicon Valley, I think we should also be aware of innovations coming from China. You will begin to see a lot of Chinese innovations diffusing into the US.”

For the first time, Western tech models are being challenged by those from China. And people are beginning to recognise this development. At a technology conference held last year in Beijing, Uber’s founder and CEO Travis Kalanick predicted that in “next five years, there will be more innovation, more invention, more entrepreneurship happening in China, happening in Beijing than in Silicon Valley”.

In the post-shanzhai era, China will see a proliferation of business models and innovations. Some companies in the rest of the world are beginning to “reference” Chinese companies, especially in the tech sector. We call this phenomenon “reverse shanzhai”.

Tokopedia, Indonesia’s No 1 e-commerce platform, markets itself as the Taobao of Indonesia. “I really like how visionary Jack Ma is,” said William Tanuwijaya, Tokopedia’s co-founder, who adopted Alibaba’s business model after research.

Snapdeal, dubbed the “Alibaba of India”, is a top e-commerce company in the country. Before launching their platform, Kunal Bahl and his partner Rohit Bansal visited China in 2011 and noticed that the Indian market had more in common with the Chinese market than with the market in the US. They realised Alibaba’s platform strategy would solve India’s biggest issue: aggregating India’s millions of small brands and sellers.

The same happened in Nigeria, where e-commerce website Konga.com was originally launched as a local Amazon at the beginning of 2014, only to morph a few months later into the “Alibaba of Africa”. And this trend is not limited to e-commerce. Indian entrepreneur VIjay Shekar Sharma, an admirer of Jack Ma, modelled his company Paytm after Alibaba. The company, seen as the “Alipay of India”, has raised fresh funding from Ant Financial.

Stationless bike-sharing is the latest export of China-originated innovation. Mobike, the leading player, has gone from zero to 23 Chinese cities in 10 months, recording 200 million rides since its launch in April 2016. It is now expanding into overseas markets. Others, such as oBike and LimeBike, have already been rolled out in Singapore and Silicon Valley respectively.

Furthermore, Jack Ma has been appointed a key adviser to the Malaysian and Indonesian governments for their digital economy aspirations. This is a significant achievement as it proves that China is becoming the benchmark, rather than the follower.

Yet, “reverse shanzhai” is not simply “copy and paste”. The recent struggles of the likes of Xiaomi and LeEco have shown that some Chinese companies still lack experience to sustain their business beyond borders. Often, one cannot simply transfer Chinese business models to another market without any adaptation. As Tokopedia’s Tanuwijaya put it: “Chinese e-commerce is a source of inspiration, but it is not a format that can be simply imposed on any market. You have to grow it from within.”

The trend of “reverse shanzhai” will be increasingly prevalent internationally, as China’s innovation and entrepreneurship continue to thrive.

The world should take notice.

This article was originally published on the South China Morning Post. Read the original article.