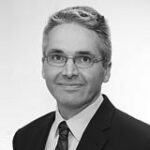 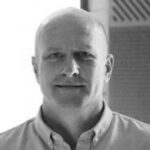 Daniel Nyberg is Professor of Management at Newcastle Business School and an Honorary Professor at the University of Sydney. Daniel Nyberg's main research interest is investigating how global or societal phenomena are translated into local organisational realities or situations. He has pursued this research interest on projects relating to how organisations respond to climate change, adaptations of sickness absence policies and the implementation of new technologies in the workplace. Daniel is currently involved in an Australian Research Council funded project investigating how climate change is negotiated and compromised on a local level in organisations. The research has shown that organisational actors invoke a range of justifications to engage in climate change beyond a narrow business interest.

While businesses have been principal agents in increasing greenhouse gas emissions, they are also seen by many as crucial to tackling climate change.

However, our research shows how corporations’ ambitious pro-climate proposals are systematically degraded by criticism from shareholders, media, governments, other corporations and managers.

This “market critique” reveals the underlying tension between the demands of tackling climate change, and the more basic business imperatives of profit and shareholder value. Managers operate within increasingly short time frames and demanding performance metrics, due to quarterly and semi-annual reporting, and the shrinking tenure of executives.

Our research involved detailed analysis of five major Australian corporations over ten years, from 2005 to 2015. During this period, climate change became a central issue in political and economic debate, giving rise to a range of risks and opportunities for business.

Each of the companies we studied acted at the leading edge of this issue. However, despite operating in different industries (banking, media, insurance, manufacturing and energy) we found a common pattern in which initial statements of climate leadership degenerated over time into more mundane business concerns.

Our study revealed three phases to this transformation.

1. Climate change as a business opportunity

This is epitomised by British entrepreneur Richard Branson, who has claimed that “our only hope to stop climate change is for industry to make money from it”.

The managers in our study associated climate change with words like “innovation”, “opportunity”, “leadership” and “win-win outcomes”. At the same time they ruled out more negative or threatening associations, such as “regulation” or “sacrifice”.

For example, in outlining why his company had embraced the climate issue, the global sustainability manager of one of the world’s largest industrial conglomerates told us:

We’re eliminating the false choice between great economics and the environment. We’re looking for products that will have a positive and powerful impact on the environment and on the economy.

These statements of intent are open to criticism from customers, employees, the media and competitors, especially with respect to the substance and relevance of corporate climate action.

Thus, in the second phase, managers sought to make their proposals more concrete through eco-efficiency practices (such as reducing energy consumption, retrofitting lighting, and using renewable energy), “green” products and services, and promoting the need for climate action.

Notably, these are often supplemented with measures of corporate worth to demonstrate a “business case” for climate action (for instance, savings from reduced energy consumption, increased employee satisfaction and engagement, or improved sales figures from green products and services).

Importantly, companies also sought to communicate the benefits of these measures to employees through corporate culture change initiatives, as well as to customers, clients, NGOs and political parties.

As the environment manager at the global media company we studied outlined, these practices were central to creating a climate-conscious culture in his organization:

That inspires others and it gets things done. It’s a fantastic tool. It’s how behavioural change happens on sites.

3. Normalisation and business as usual

Over time, however, climate initiatives attracted renewed criticism from other business groups, shareholders, the media, and politicians.

For instance, the increasingly heated political debate over carbon pricing forced many companies to rethink their public stance on climate change.

As a senior manager at one of the country’s major banks explained:

How we deal with sensitivities within the organisation about taking what can be seen as a partisan position in a highly political environment … that’s the challenge at the moment.

And so, in the third phase we found that climate change initiatives were wound back and market concerns prioritised.

At this stage, the temporary compromise between market and social/environmental discourses was broken and corporate executives sought to realign climate initiatives with the goal of maximising shareholder value.

For example, new chief executives were promoted who advocated “back to basics” strategies. Meanwhile, climate change initiatives were diluted and relegated to broader and less specific “sustainability” and “resilience” programs.

One of our case study companies is a large insurance company. While initially very progressive on the need for climate change action, this changed after a reversal in its financial situation and a change of leadership.

As a senior manager explained:

Look, that was all a nice thing to have in good times but now we’re in hard times. We get back to core stuff.

Where next from here?

These case studies, on top of our previous research, show why corporations are particularly unsuited to tackling a challenge like climate change.

Businesses operate on short-term objectives of profit maximisation and shareholder return. But avoiding dangerous climate change requires the radical decarbonisation of energy, transportation and manufacturing on a scale that is historically unprecedented and probably incompatible with economic growth.

This means going beyond the comfortable assumptions of corporate self-regulation and “market solutions”, and instead accepting regulatory restrictions on carbon emissions and fossil fuel extraction.

It also requires a reconsideration of corporate purpose and the dominance of short-term shareholder value as the pre-eminent criteria in assessing business performance. Alternative models of corporate governance, such as B corporations, offer pathways that better acknowledge environmental and social concerns.

In an era in which neoliberalism still dominates political imaginations around the world, our research shows the folly of depending on corporations and markets to address climate change.

How the slump in oil prices during the COVID-19 pandemic presents a stress test for the oil industry in a low-carbon future.

Climate and the environment on Corona Business Insights

What coronavirus means for climate and the environment.

The conversations hidden by coronavirus: space, tech and climate on The Future, This Week

This week: the conversations gone missing during COVID-19: space, tech and climate. 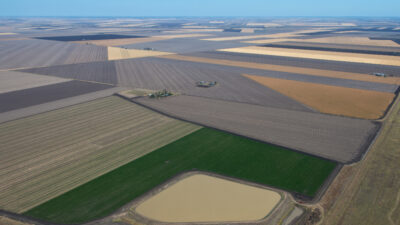 We can feed the world with plant protein

There are plenty of barriers, but if we really want to we can feed the world on plant protein (largely from legumes). 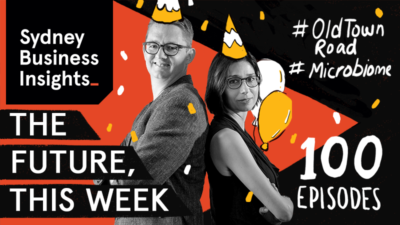 The Future, This Week 3 May 19: #OldTownRoad and #Microbiome disruption 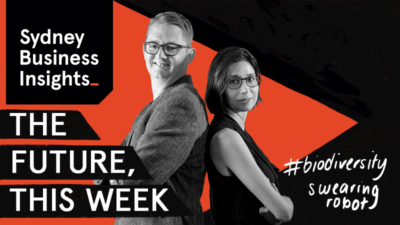 The Future, This Week 10 May 19: #biodiversity, swearing robot

This week: a million species disappear: what that means, what we can do, and a swearing robot. 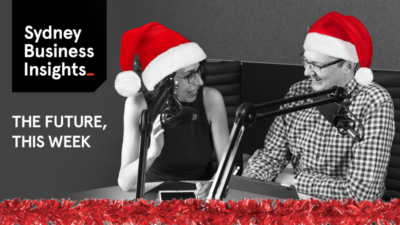 This week: a food Christmas special with coffee, chickens and a fake food future. 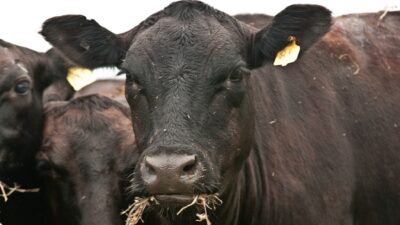 The future of food

In 2018 we looked at the future of food from the soil it will grow in to the spectre of a global shortage in just 10 years. So much food for thought.