The appeal of the ‘flat’ organisation 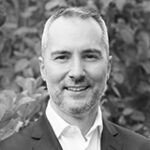 Dr Massimo Garbuio is an Associate Professor in Entrepreneurship at the University of Sydney. He's passionate about helping students and business leaders become master strategists. 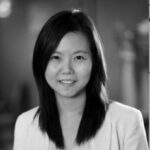 Nidthida Lin is a Senior Lecturer at Newcastle Business School, the University of Newcastle where she has been a faculty member since 2014.

The trend of “flat” organisations is catching on at some of the world’s biggest companies. It’s easy to see the appeal when you think of a utopia where everyone in an organisation has a say and can act autonomously.

Elon Musk, CEO and product architect of Tesla, says in the communication policy to his staff within Tesla:

Anyone at Tesla can and should email/talk to anyone else according to what they think is the fastest way to solve a problem for the benefit of the whole company.

In a flat organisation, fewer management layers are actively involved in decision-making. People who have the relevant information make the relevant decisions, which reduces the hierarchical overload.

You can imagine this working in small and medium size organisations. But for larger companies, an enormous amount of investment is required for the transformation, which often makes a flat structure often unrealistic and unimaginable.

At online retailer Zappos, CEO Tony Hsieh has pushed flat to a whole new level, adopting holacracy principles. These are customisable self-management practices, where roles are defined around work, authority is distributed and the organisation in regularly updated in small iterations.

To take this a step further, Gary Hamel, a well known scholar and consultant, advocated for firing all managers, as he claims they are the least efficient part of an organisation.

As organisations strive to respond quickly to new challenges and opportunities, flatter organisations shorten the chain of command, increasing communication between employees and management.

Not only that, but researchers Raaj Sah and Joseph Stieglitz argued that hierarchic style organisations produce problems like the rejection of good projects without reason. The greater the number of organisational decision making layers, the greater the probability that a good project will be rejected that would have otherwise had a positive impact on the company’s growth.

And it’s not just lower level employees disheartened by the traditional hierarchic corporation. In our research, we spoke to the vice president for corporate development of a large American company, operating in the energy sector. He told us:

I worry that I might not get a chance to see some projects …as they go through a “filter” and and I can’t make a choice because I don’t get to see …them all. There is a natural tendency to only show ideas that have a higher likelihood of getting funding.

This point is reinforced by research that finds in situations where there are many levels in an organisation relative to the total number of employees, information gets distorted when it passes through hierarchical levels. These structures encourage employees to bypass superiors or simply use them as messengers.

Cutting through organisational layers also improves the speed of decision making and the time it takes to get a product to market. A study of over 300 executives from around the world, found that the greater the number of organisational layers, the slower the organisation reached customers with new products and services.

Beyond human relations in the office, flatter organisations are often cheaper to run and more dynamic. These benefits are similar to what organisations would achieve through outsourcing, where companies avoid investing in resources.

By keeping the number of management layers minimal, a flat organisational structure helps cut down the overhead costs of management.

Not everyone can be flatter

Organisational structures do have challenges. Individual managers can resist moving to a flat structure because they fear losing their job.

Flatter structure might also lead to a lower sense of accountability as each employee has more than one boss. If the communication between employees and the management is not well managed, it could potentially overwhelm executives.

Another challenge is the significant time, resources, and investment required for a large organisation to transform to a flatter structure.

In reality, the push to become flat is much like the focus on agility. Agility is the ability to quickly reconfigure strategy, structure, processes, people and technology for the most benefit. One of the key elements is a flat organisation.

According to a recent McKinsey Global Survey, two-thirds of respondents indicated that their companies have already begun agile transformations. Examples include Google, Netflix, Spotify, the Dutch banking group ING and, more recently, ANZ.

Interestingly, this study shows that only 4% of all respondents say their companies have fully implemented agile transformations by creating a flat structure.

The bottom line is that different industries have different dynamics and different degrees of disruption – and so may need different organisational structures to operate efficiently.

Protests, platforms and free speech on The Future, This Week

This week: protests, free speech and the responsibilities of social media platforms 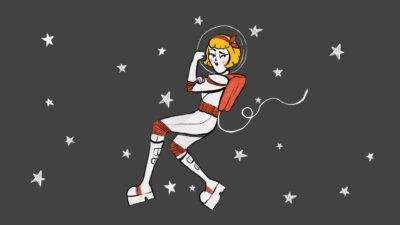 The gender pay gap and difficult women on The Future, This Week

This week: gender pay gap Groundhog Day, and the tyranny of niceness. 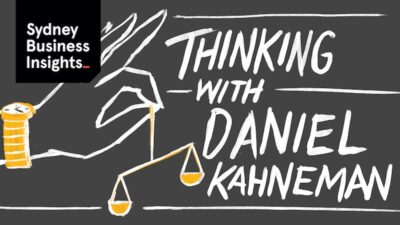 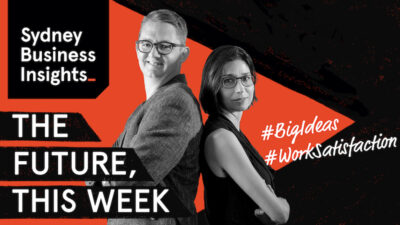 Big ideas and work satisfaction on The Future, This Week

This week: real innovation between steam trains and convenience, and the automation paradox. 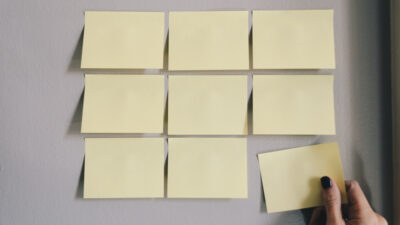 You say invention, I say innovation

When is an invention not innovative, how do innovation ‘hubs’ kill the very spark they seek to flame and why women may have the best innovative mindset. 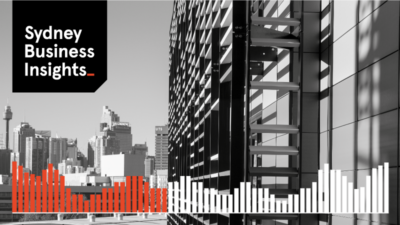 Behavioural economist Keith Chen investigates what will humans do for how much money. 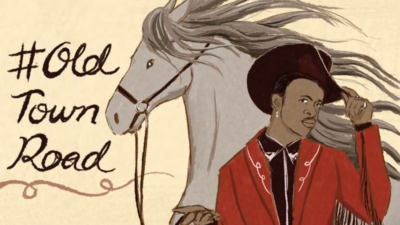 How a black rap artist TikTok'd his way to the top of the country music pops...