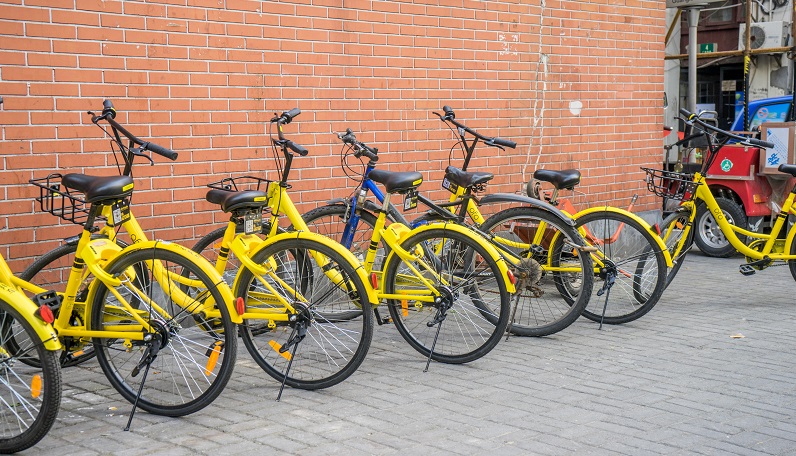 **As rights to this article belong to the original publisher, the Nikkei Asian Review, please contact them for permission to republish.**

Some observers have criticised China’s market economy for lacking the “creative destruction” that is said to give Western capitalism its lasting vitality.

Such doubts are misplaced as the new year is likely to underscore. In recent weeks, Didi Chuxing, the country’s predominant ride services app, has moved to add bike-sharing options to its platform and has acquired Bluegogo, a bike operator that had run into difficulties. The move clearly positions Didi, already one of the world’s most valuable startups, to take on current bike-sharing leader Mobike. Meanwhile, Meituan-Dianping, which is best known for its food delivery service and has more than 250 million users, has moved to offer car-hailing services in competition with Didi.

The fight is on. Didi Senior Vice President Chen Ting has already said Meituan’s move will touch off the “war of the century.” In the background is the increasing overlap between the business networks of China’s two most valuable listed companies, Tencent Holdings and Alibaba Group Holding. After a series of mergers, both have ended up as key shareholders of Didi. Tencent also backs Meituan and Mobike while Alibaba is a major investor in Ofo, which is Mobike’s top rival as well as a partner of Didi’s.

Not long ago, many argued that state-owned enterprises were becoming increasingly dominant in China’s economy at the expense of the private sector. These observers highlighted government protections enjoyed by state companies and noted their privileged access to resources and market niches.

In reality, the fastest-growing companies in China over the last few decades have predominantly, if not entirely, been entrepreneurial companies from the private sector. According to a study by the Institute of Population and Labor Economics at the Chinese Academy of Social Sciences, new economy sectors, ranging from e-commerce to car-hailing services, expanded twice as quickly as China’s overall GDP over the 10 years to 2016. These new economy companies are nearly always private sector companies.

The most valuable Chinese companies today are typically “mega ecosystem” players which operate networks of businesses that can support each other and supplement each other’s capabilities. A milestone was crossed last year when Alibaba and Tencent, the mega ecosystem leaders, surpassed Facebook in market capitalisation.

The growth of entrepreneurial Chinese companies has been amazing. According to tech-sector funding research company CB Insights, the number of unlisted Chinese companies valued at $1 billion or more — the so-called “unicorns” — has risen to 59. The U.S., with nearly twice as many unicorns, is the only country where CB Insights counts more.

The Chinese though are closing the gap fast. Five years ago, CB counted only three Chinese unicorns, less than a quarter as many as it tallied then in the U.S. Those in China now valued at $30 billion or more include Didi, Meituan, Ant Financial Services Group and smartphone maker Xiaomi.

The notion of a business ecosystem is not new. Apple, the world’s most valuable company, was a pioneer in this regard when it launched the iPhone back in 2007 and made the App Store its platform for distributing apps. Other leading U.S. tech companies such as Amazon.com and Alphabet are also ecosystem players. Chinese companies, however, have turned out to be even more adept at building such organisations.

Alibaba, Tencent and Xiaomi are prime examples of mega ecosystems. Building out from their original core businesses, they have jumped into a string of new sectors as market opportunities have popped up amid economic reform and technological developments have enabled them to disrupt existing means of doing business.

Alibaba started as a small business-to-business online marketplace almost 20 years ago. Around 2003, when online shopping was emerging, Alibaba jumped in with consumer-to-consumer site Taobao and later business-to-consumer site Tmall. Next Alibaba started Alipay to support mobile online payments and then later used its platform to offer wealth management services, including the Yu’e Bao money market fund, which subsequently became the backbone of its network’s internet finance business.

Today, Alibaba’s internet finance interests are grouped under Ant Financial, which includes businesses such as electronic payment processing, banking, social credit scoring and financial cloud services. (Alibaba said on Feb. 1 that it will resume its direct shareholding in Ant, exercising rights to take a one-third stake.) Alibaba has also branched into areas including big data, smart logistics, media, auto-mobility and cloud storage. Each sector has its own system which together form Alibaba’s mega ecosystem. Though its development took a somewhat different course, Tencent has built a mega ecosystem too.

Chinese companies seem more inclined than their Western counterparts to migrate across sector boundaries and create larger ecosystems. This is perhaps because new market opportunities have been popping up more frequently in China and its consumers have embraced smartphone apps more closely. When they sense an opening, Chinese companies can quickly form ecosystems of collaborative partnerships.

In contrast, most foreign multinational corporations tend to focus on what they have been doing all along and avoid jumping across sector boundaries. This is a result of the “core competence” doctrine that has governed corporate strategy thinking in the West for about 30 years. While Chinese companies are more inclined to expand “horizontally” into new sectors, Western companies tend to grow “vertically” to areas upstream or downstream from their original focus.

Besides Alibaba and Tencent, companies like Ping An Insurance Group, Baidu and JD.com are building out mega ecosystems with incredible speed and intensity. Even some traditional manufacturers are moving in this direction. Zhejiang Geely Holding Group has gone from producing entry-level cars to selling premium models with the help of foreign acquisitions and has been the first Chinese carmaker to move into on-demand mobility services. It has also been experimenting with connected intelligent vehicles, shared ownership programs and flying cars, together assembling a sprawling transportation services ecosystem.

Clearly access to abundant user data is key for these kinds of companies. Even bike-sharing services like Mobike and Ofo claim that they are data-centric companies, signaling that they will also build out their ecosystems with consumer lifestyle at the core.

New technologies such as the internet of things and 5G mobile networks will enable companies to crisscross sectors faster and more capably. The operations of China’s mega ecosystems will overlap increasingly with each other, driving even more intense competition.

Perhaps more collaborations in some cases or even the merging of mega-ecosystems will take place. The “coopetition” that results would be even more dynamic. The already powerful mega ecosystem players could then get even more powerful. This will be exciting to watch.

This article was originally published on the Nikkei Asian Review. Read the original article.