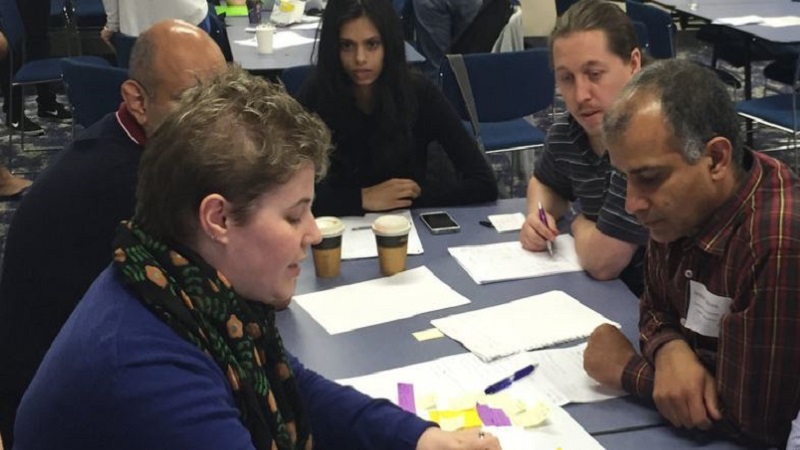 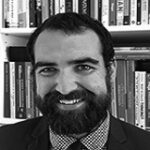 Dr. Jarrod Ormiston is Assistant Professor in Social Entrepreneurship and an Honorary Associate at the University of Sydney.

While on the run from war, persecution and natural disasters, refugees are actually helping others in their situation. They are creating organisations and enterprises that train and offer jobs to fellow refugees, giving them a fresh start.

And its these enterprises that are also helping countries to overcome some of the challenges of economic and social integration.

Our study mapped the emergence of over 30 refugee entrepreneurship incubator programs. These programs have engaged with over 12,000 refugees across Australia, the United States, and Europe (Austria, Denmark, Finland, Germany, Italy, the Netherlands, Sweden and the United Kingdom).

Multiple waves of global migration are associated with higher than average rates of entrepreneurship among migrant groups. In the UK for example, migrant entrepreneurs are creating one in every seven new businesses. In Germany, nearly half of all new business registrations are coming from individuals with foreign passports.

Refugees are among these entrepreneurs. We spoke with more than 50 stakeholders in the global ecosystem including founders, program managers and migrant and refugee entrepreneurs participating in these programs.

High levels of unemployment among refugees are constantly cited in discussions around refugee policy. Recent statistics from Germany, for example, show that only 34,000 of the 400,000 refugees registered with employment agencies had found work in 2015, despite the country’s record low joblessness rate. In Australia, the most recent figures on unemployment for refugees are at 33%.

What is not captured in these debates are the high levels of underemployment experienced by refugees entering nations on humanitarian visas. This is where refugees have secured part-time employment but not enough hours of work, or where they are working in fields unrelated to their education and professional experience.

The pervasiveness of underemployment has been termed “brain waste” because of the talent and abilities currently not being used to full potential. It has both a significant negative impact on refugees and the economy.

Every refugee entrepreneur that we spoke with had faced severe challenges finding work within their own field.

However, developing a new enterprise provided these refugees with an avenue to work on something they are passionate about, when they couldn’t find enough work with existing companies. One refugee said:

I’ve seen the problem of migrants in this country, I’ve gone through that problem. Where you are trying to look for a job and you come across all sorts of barriers and impediments. I really had to use my sixth sense to penetrate the labour market in Australia. So this is why my idea would create a place for migrants to get local work experience.

The experience of refugees and migrants not being able to find work in fields where they had trained, studied or worked before, is the motivating factor to assist others in the same situation. In supporting others to get into the labour market, they are creating a new framework for overcoming bureaucratic and legal challenges.

The refugees who participated in the social programs were able to use their existing skills and professional backgrounds, to work on new projects.

One example of this is the Catalysr migrant and refugee entrepreneurship program based in Western Sydney, Australia. Pakistani migrant social entrepreneur Usman Iftikhar co-founded the program with his friend Jake Muller, to help refugees create their own businesses. Iftikhar started the enterprise after he struggled to find meaningful employment in Australia, despite his training in engineering.

This story is similar to that of Refugee Talent, a digital matching platform to assist refugees in finding work in Australia, which emerged out of one of the Techfugee Sydney Hackathon events. Its co-founder, Nirary Dacho, arrived in Australia on a humanitarian visa and faced similar issues as Iftikhar finding work despite his English proficiency, masters degree and lengthy work experience.

Similar stories are unfolding in Europe. In Denmark, participants in the Refugee Entrepreneurs Denmark program have created an Assyrian catering company and a car washing enterprise that provides job training for other refugees. In Germany, refugee entrepreneurs at Ideas in Motion are launching an online education platform to teach refugees skills to make them more employable.

These examples highlight that refugee entrepreneurs are celebrating their diverse backgrounds and leveraging knowledge and skills from their home countries as opportunities, rather than treating them as barriers.

The role of government

Policymakers across the globe should offer additional support for these social entrepreneurship programs, in order to realise the economic benefits and related impact on social cohesion. This could come in the form of increasing funding for education and incubation programs, or seed funding for refugees pursuing entrepreneurship.

The Victorian Government has seen the value of migrant and refugee entrepreneurship and is funding a series of education and acceleration programs across the state.

Since March 2000, the Office of Refugee Resettlement in the United States has been providing advice, training programs and micro-loans for refugees aiming to develop businesses on their path to financial independence.

In Europe, the European Commission has established the €3 billion Asylum, Migration and Integration Fund which has dedicated funding for labour market integration programs, including entrepreneurship development projects.

When run well, entrepreneurship incubator and accelerator programs are creating an ideal space for refugee entrepreneurs. In the midst of other problems these refugees are evolving business ideas that will help others.