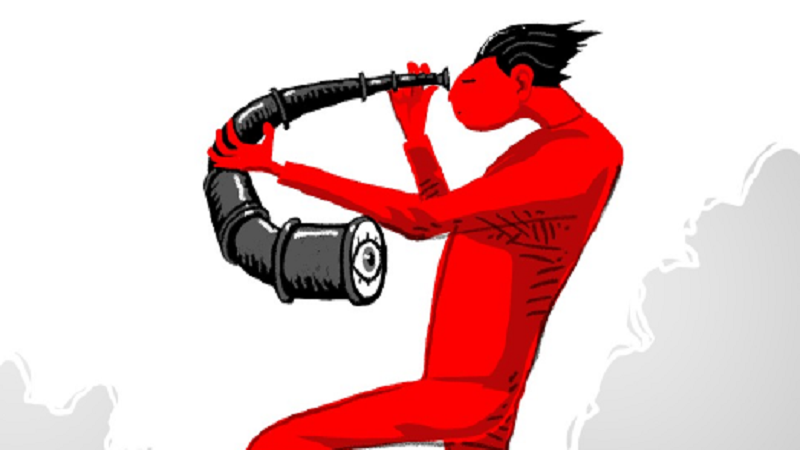 Edward Tse says though Hong Kong did not adapt well to the global rise of China and the game-changing tech revolution, there are now opportunities for it catch up – through the Greater Bay Area development and the belt and road plan.

The 20th anniversary of Hong Kong’s return to Chinese rule is almost upon us and now is the time to reflect on our lessons learned and examine what the future may hold.

At the core of the handover is the “one country, two systems” principle. People who support this idea say it is a masterful invention by Deng Xiaoping ( 鄧小平 ) and an ingenious way to resolve Hong Kong’s handover issues.

I believe China had no other choice. As a British colony, Hong Kong’s political and social systems mimicked those of Britain. Suddenly stripping away the social and political institutions Hong Kong people grew up with and forcing them to assimilate into a very different mainland system would have created major chaos. In trying to find a fair solution to the integration process, Deng took the risks and proceeded with “crossing the river by feeling the stones”.

The ambiguity surrounding the “one country, two systems” concept has resulted in different interpretations, leading to major disagreements among the different stakeholders – and not just in politics. These disagreements have become the root cause of the stale­mate on various issues that have plagued Hong Kong society.

Hong Kong grew rapidly in the 1970s and 1980s because it was the only window into a closed-off China for the rest of the world. Hongkongers’ entrepreneurial spirit propelled the territory forward in a big way. And, when China began to open up, Hongkongers were the first batch investing in the mainland.

However, since that time, Hongkongers have not changed their operating paradigm much. Hong Kong’s investment in mainland China was mostly geared towards processing materials and re-export. While that worked in the early days, it became unsustainable as China’s labour costs rose. Much of the capital investments Hong Kong entrepreneurs made in China were marginalised and some companies were forced to shut down. Others have tried to build brands in China; while some did a fairly good job, many just didn’t have a clue about what it takes to be competitive in the mainland market.

Since the handover, Hong Kong people have become more inward-looking, with many focusing on the past and present. There is, in general, a lack of outward-looking perspectives and foresight.

As Hong Kong struggled in a state of entropy, two transformational global forces gained momentum: China emerged as a major economic and geopolitical power, and technology became ubiquitous. These forces are fundamentally changing the world, especially in Asia, and they are creating major wealth for those that are able to tap into them. Unfortunately, Hong Kong’s role in either of these two forces has not been commensurate with its potential.

In the first dotcom era, Hong Kong actually had a chance. It was then the Asian hub for the new dotcoms, venture capital and angel capital. Mainland China was not as open yet and the likes of Chinadotcom and PCCW were enjoying the nectar of success.

After the dotcom bubble burst, however, the Hong Kong dotcom community vanished virtually overnight and, for the next decade and more, no one rekindled the spirit of innovation and entrepreneurship, especially in the tech sector.

Meanwhile, mainland entrepreneurs ploughed on. They fanned the flames of innovation and entrepreneurship that spread throughout the country, feeding and growing the venture and angel capital industry that was necessary to fuel innovation.

Today, the Chinese mainland has emerged as a global centre for innovation and entrepreneurship leveraging on the ubiquity of technology, such as wireless internet and the internet of things. China now has the world’s second-largest number of unicorns (start-up companies with a valuation of over US$1 billion), after the United States, and the number is growing fast.

Hong Kong has been left in the dust. Hong Kong’s gross domestic product represented some 18 per cent of China’s GDP at the time of the handover; today, it is about 3 per cent. The divergence between the paths taken is startlingly clear.

Another huge problem in Hong Kong is the lack of upward mobility of its young people. Some people attribute this to “one country, two systems” – incorrectly in my mind – believing that the cause is too much intervention from the mainland government. The pro-democracy camp asserts that if Hong Kong had universal suffrage, life in the city would be much better, including for its youth. Hong Kong’s attention has turned inward and it is myopic.

So what can we expect for the future? Better yet, what can we do to create a better future?

Hong Kong must become more outward-looking. Not only should we let go of our myopic views on the past and immediate issues, but more importantly, we must look towards the future and anticipate the major trends and key drivers that will bring huge changes for the region and the rest of the world.

There is much that Hongkongers can do in this respect. The Greater Bay Area is probably the most important initiative. It will unite various cities in the Pearl River Delta, including Hong Kong and Macau, into a region with an economic output of approximately US$1.4 trillion. If done right, the unique capabilities of these cities – ranging from Shenzhen’s role as a global hub of innovation, Guangzhou’s role as a centre of cutting-edge high-value-added manufac­turing, to Hong Kong’s role as a global centre of finance – would help power this new hub and create greater opportunities for people in the region, including Hongkongers. The spirit of “co-opetition” – cooperation amid competition – will guide the partnership.

The Belt and Road Initiative also holds huge promise for Hong Kong. China’s ambitious global trade and infrastructure project covering a large number of the world’s nations will provide Hong Kong with a chance to buttress its identity as a hub of commerce, trade, and logistics, while also creating opportunities for it to reinvent itself.

Beijing will continue to view Hong Kong strategically, as part of its overall chessboard. It will see the city playing an important role in both the mainland’s domestic reform and the country’s pursuit of leadership in the evolving global order.

Hong Kong has another 30 years to go in the current framework of “one country, two systems”. We are now close to the midpoint. “One country, two systems” is the only framework that works for Hong Kong under unique historical and geopolitical circumstances. We cannot and should not throw it away. We should find ways to make it work even better.
To this end, we will need the leadership in both Hong Kong and on the mainland to direct matters in the right direction, with the right speed and intensity. Hong Kong people should also better understand the priorities and align themselves accordingly. Sometimes, taking a step back now actually means gaining a few steps forward later. Making progress in the midst of imperfections is often better than asking for precision, clarity and certainty in every step.

This article appeared in the South China Morning Post print edition as: Eyes on the future. It also appeared online – read the original article.