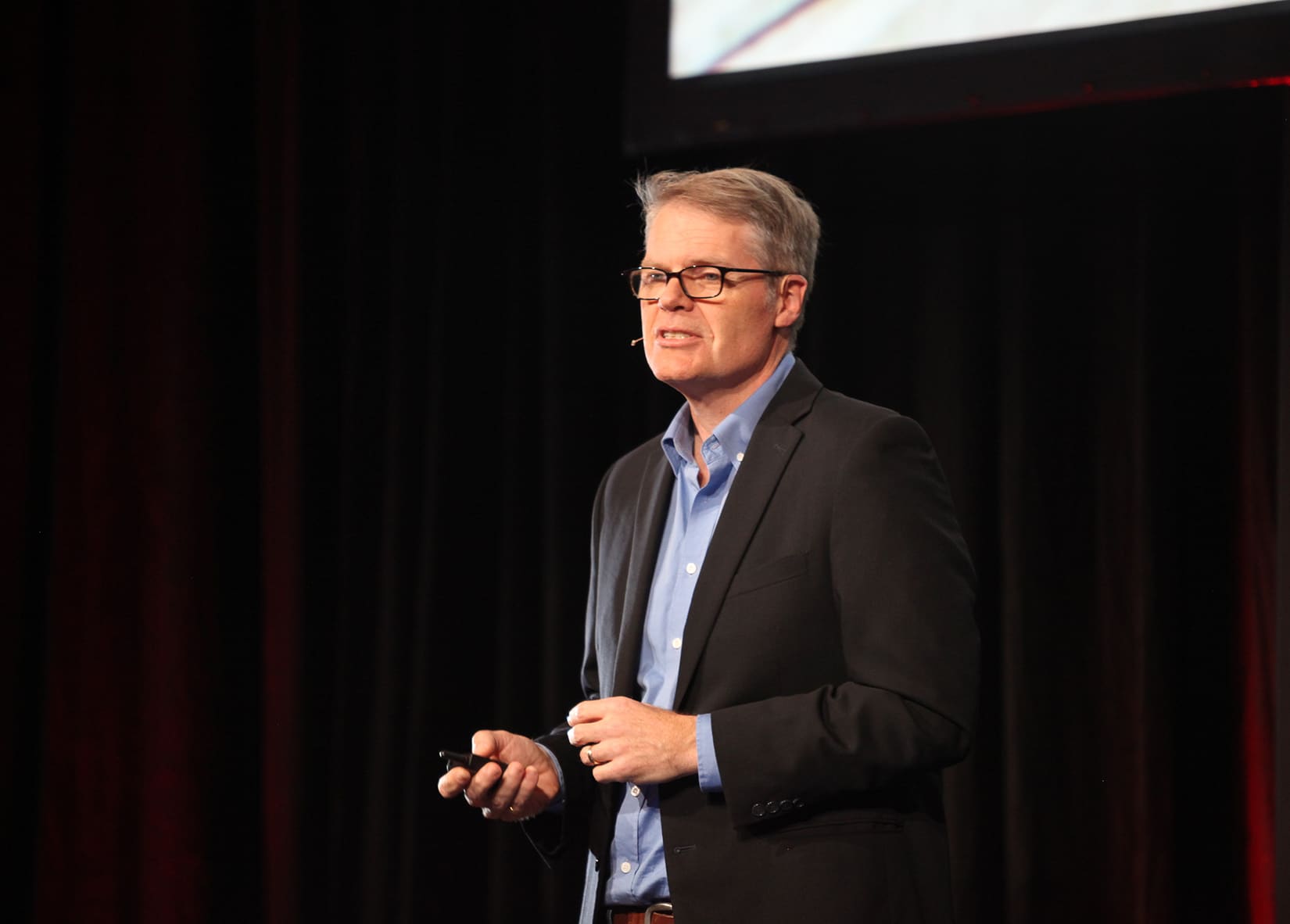 What happens when technology has a human face? In the future digital assistants will not just be disembodied voices: soon we will be gazing into an emotionally rich, apparently human, 3D digital face.

Will talking to a face change how we interact with the technology – what we expect of it, how we feel about the relationship? Complex human and computer emotional interactions are inevitable, according to researcher Mike Seymour, who is exploring the impact that interactive photoreal digital faces will play in our lives.

Face-to-face communication is central to our human experience. At the Motus Lab at the University of Sydney Business School, Mike is experimenting with the possibilities and societal implications of living along side photorealistic digital humans.

In his TedX talk, Mike challenges us with some of the ethical implications raised by these emerging forms of human computer interfaces.

Mike Seymour is a researcher in the Motus Lab at The University of Sydney Business School. His research is exploring using interactive photoreal faces in new forms of Human Computer Interfaces (HCI ). In other words, he is looking at deploying realistic digital companions and embodied conversational agents. Mike aims to help take technology from the cutting edge film industry and apply it in these new exciting areas. Mike has previously worked in film and TV R&D and in production, winning an AFI and being nominated for an Emmy Award. He has worked as a compositor, vfx supervisor and second unit director on various TV shows. He is perhaps best known for his work as a writer, consultant and educator with the websites fxguide and fxphd which explore technology in the film industry. These web site now have huge followings, as they provide an important link between the film and vfx community and the researchers and innovators who constantly push the limits of technology.

This talk was given at a TEDx event using the TED conference format but independently organized by a local community, and shared under a Creative Commons licence (CC BY – NC – ND 4.0 International). Learn more at TEDx