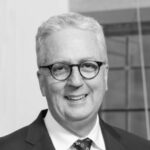 Professor Mark Scott was appointed as the University’s 27th Vice-Chancellor in 2021. He is a highly respected and successful senior leader of large and complex institutions, across public service, education and the media.

Professor Scott is an accomplished communicator and his distinguished record of strategic leadership includes a decade as Managing Director of the ABC (2006 to 2016), where he led the organisation’s transformation to be a public broadcaster in the digital era. Over that time, the ABC created new services like iview, News 24, ABC3 and digital radio; and expanded online and mobile services, such as podcasting and ABC News online.

Professor Scott has also held a number of senior editorial roles at Fairfax, including Education Editor of The Sydney Morning Herald and Editor-in-Chief of metropolitan, regional and community newspapers. His contribution to education reaches back to the start of his career, as a teacher in Sydney. He built on his interest in education with senior policy and leadership positions with two NSW education ministers – Terry Metherell and Virginia Chadwick – and in 2011 he was named an Officer of the Order of Australia. 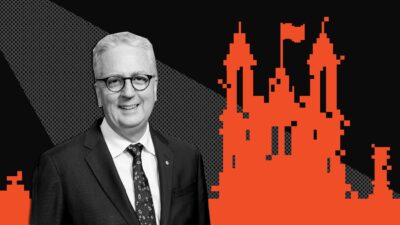 The future of higher education with Mark Scott

This week: what is the future of universities? As the sector navigates disruption and uncertainty, special guest Professor Mark Scott joins us to discuss the future of higher education.