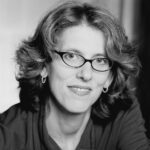 Juliet Schor is an economist and sociologist at Boston College. Schor’s research focuses on work, consumption, and climate change. A graduate of Wesleyan University, Schor received her Ph.D. in economics at the University of Massachusetts. Before joining Boston College, she taught at Harvard University for 17 years, in the Department of Economics and the Committee on Degrees in Women's Studies.

Schor's most recent project is researching trials of companies who are implementing four day workweeks. Since the beginning of 2022 these trials, organized by the non-profit 4 Day Week Global (https://www.4dayweek.com/) have been ongoing. With colleagues, including Professor Wen Fan of the Sociology Department, the research team is collecting data on employee health and well-being, organizational outcomes, and carbon emissions.

Since 2011 Schor has also been studying the “sharing” and “gig” economies. Her most recent book—a collaboration with a team of seven PhD students—is After the Gig: how the sharing economy got hijacked and how to win it back University of California Press in 2020, which won the Porchlight Management and Workplace Culture Book of the Year. Schor and her collaborators have written more than twenty-five articles and chapters on this topic. She is also working on the environmental impacts of Airbnb with colleagues from Northeastern and Fairfield Universities, funded by the Internet Society and Sloan Foundations.

Schor’s previous books include the national best-seller The Overworked American: The Unexpected Decline of Leisure (Basic Books, 1992) and The Overspent American: Why We Want What We Don’t Need (Basic Books, 1998) and True Wealth: How and Why Millions of Americans are Creating a Time-Rich, Ecologically Light, Small-Scale, High-Satisfaction Economy (2011 by The Penguin Press, previously published as Plenitude). The Overworked American appeared on the best-seller lists of The New York Times, Publisher's Weekly, The Chicago Tribune, The Village Voice, The Boston Globe as well as the annual best books list for The New York Times, Business Week and other publications. The book is widely credited for influencing the national debate on work and family. The Overspent American was also made into a video of the same name, by the Media Education Foundation (September 2003).

Schor is a former Guggenheim Fellow and was the Matina S. Horner Distinguished Visiting Professor at the Radcliffe Institute at Harvard University in 2014-15. In 2014 Schor received the American Sociological Association’s award for Public Understanding of Sociology. From 2010-2017 Schor was a member of the MacArthur Foundation Connected Learning Research Network. She is the recipient of the 2011 Herman Daly Award from the US Society for Ecological Economics. In 2006 she received the Leontief Prize from the Global Development and Economics Institute at Tufts University for expanding the frontiers of economic thought. She has also received the George Orwell Award for Distinguished Contributions to Honesty and Clarity in Public Language from the National Council of Teachers of English. She has served as a consultant to the United Nations, at the World Institute for Development Economics Research, and to the United Nations Development Program. She is also a former Brookings Institution fellow. In 2012 Schor organized the first Summer Institute in New Economics, a week-long program for PhD students in the social sciences, and repeated the program in 2013.

Schor also wrote Born to Buy: The Commercialized Child and the New Consumer Culture (Scribner 2004) and Do Americans Shop Too Much? (Beacon Press 2000). She has co-edited numerous booked including Sustainable Lifestyles and the Quest for Plenitude: Case Studies of the New Economy (Yale University Press, 2014 with Craig Thompson), Consumer Society: A Reader (The New Press 2000 with Douglas Holt), Sustainable Planet: Solutions for the Twenty-first Century (Beacon Press 2002 with Betsy Taylor) and The Golden Age of Capitalism (Oxford 1989 with Stephen A. Marglin), among others. Schor’s scholarly articles have appeared in the Economic Journal, The Review of Economics and Statistics, World Development, Industrial Relations, The Journal of Economic Psychology, Ecological Economics, Poetics, Social Problems, The Socio-Economic Review, Theory and Society, Global Economic Change, The Journal of Industrial Ecology, The Journal of Consumer Research, The Annals of the American Academy of Political and Social Sciences, and The Journal of Consumer Culture, among others.

Schor is a co-founder of the Center for a New American Dream (newdream.org), a national sustainability organization where she served on the board for more than 15 years. She Chairs the board of the Better Future Project, a Massachusetts-based climate justice organization. She is a co-founder of the South End Press and the Center for Popular Economics. She has also served as a Trustee of Wesleyan University, and as an occasional faculty member at Schumacher College. Schor has lectured widely throughout the United States, Europe and Japan to a variety of civic, business, labor and academic groups. She appears frequently on national and international media, and profiles on her and her work have appeared in scores of magazines and newspapers, including The New York Times, Wall Street Journal, Newsweek, and People magazine. She has appeared on 60 Minutes, the Today Show, Good Morning America, The Early Show on CBS, numerous stories on network news, as well as many other television and radio news programs.