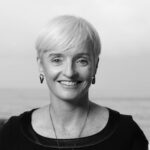 As the past President of Science & Technology Australia (STA), an elected position, she is a highly influential figure in the Australian higher education and research sector.

Professor Johnston has led major research projects for industry, government, the Australian Research Council, and the Australian Antarctic Science Program and contributed to the development of international and national research strategies, priorities, and plans. She is a sustainability and diversity champion and a Chief Author of the Australian State of Environment Report 2021. She is also a trusted advisor working across a range of government and industry bodies.

Professor Johnston is an elected fellow of the Australian Academy of Science (AAS), the Australian Academy of Technology and Engineering (ATSE) and the Royal Society of New South Wales (RSNSW) and was made an Officer of the Order of Australia (AO) in the 2018 Queen's Birthday Honours for ‘distinguished service to higher education, particularly to marine ecology and ecotoxicology, as an academic, researcher and administrator, and to scientific institutes.

This is Australia’s most important report on the environment’s deteriorating health.